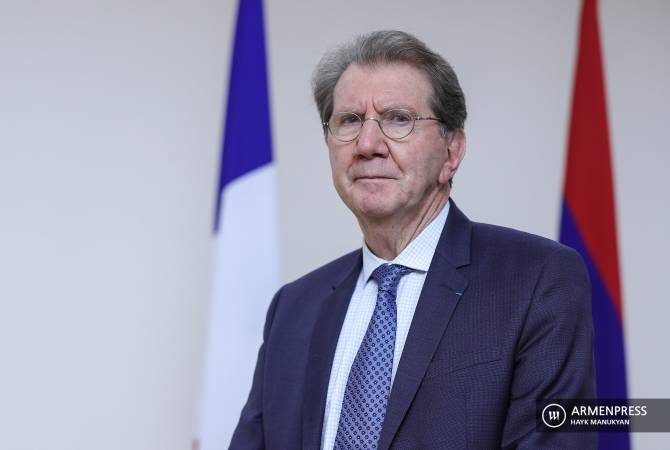 
YEREVAN, APRIL 30, ARMENPRESS. Member of the French National Assembly,  France-Artsakh Friendship Circle President Guy Tessier has submitted a draft law to the National Assembly which, in case of being adopted, will pressure Azerbaijan to immediately return the Armenian war prisoners, Tessier said in an interview with ARMENPRESS in Yerevan, summing up the visit of the French parliamentarians to Armenia.

- Mr. Tessier, you were in Armenia with a big delegation on an important day for the Armenian people, the commemoration day of the victims of the Armenian Genocide. What did your visit mean and what meeting did you have?

- Why we came to Yerevan just on that day? Because April 24 is a very important commemoration day, because it’s the most important commemoration of the Armenian Genocide also for us. Frankly speaking, we would like to come during the war and immediately after the war. What 1st came to my mind was to come here and celebrate the Christmas with the Armenian people, to celebrate the holidays of hope and beauty in Armenia, but it was impossible to come at that time and we said that we must definitely be in Armenia on April 24. And this time me had a double reason to come to Armenia, not only for the crucially important commemoration of the genocide, but also to honor the memories of all the young people who fell during the last war. 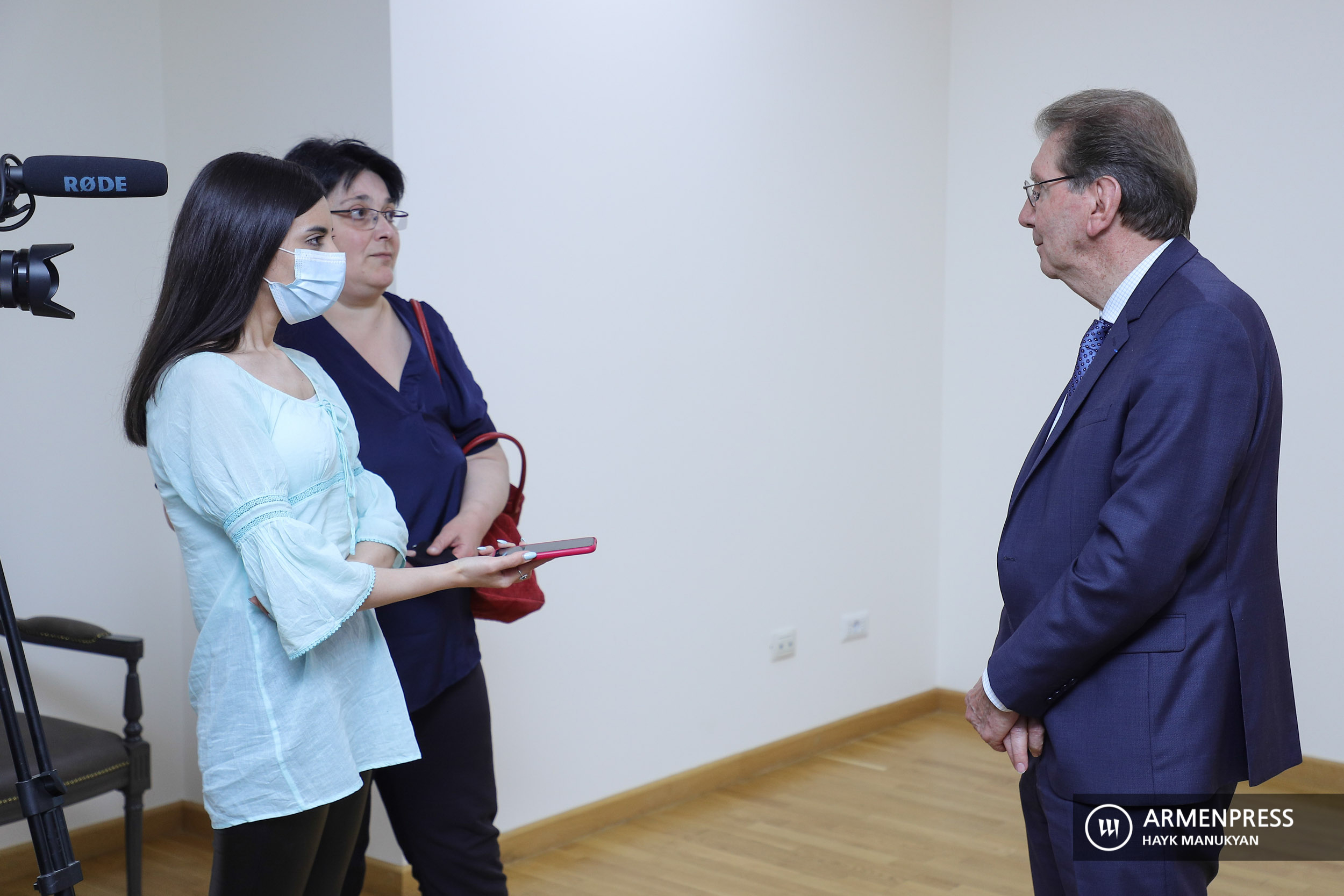 - I can say that it has a great symbolism and will have consequences, because yes, 106 years have passed, but when the most powerful country of the world recognizes the genocide, it has some impact in the world and that's a very important fact. I can say why. I hear the will of the USA behind this statement to restore their right place in the Minsk Group Co-chairs' platform, I mean again re-starting the Minsk Group Co-chairs' format as the sole platform for the peace process. Apart from those developments, there is also the fact that President Macron called President Putin and they had a direct conversation on very important issues, particularly about Armenia and the developments taking place here. This is another evidence that all the sides have the willingness to re-start the Minsk Group Co-chairs' format aimed at the resumption of the negotiation process not only for securing the security of the people living in Artsakh, but also to ensure the security of Armenia. I think that great powers start to understand little by little the nature of the situation, and it's in their interests to establish long-term and sustainable peace in this region. This issue should be solved at the UN level and I see no reasons why the UN should assist this or that country but should not help Armenia. I think everything should be done at the UN level to re-establish peace here. I witnessed the courage of the Armenian people during the last days and I think Armenia deserves to be supported. 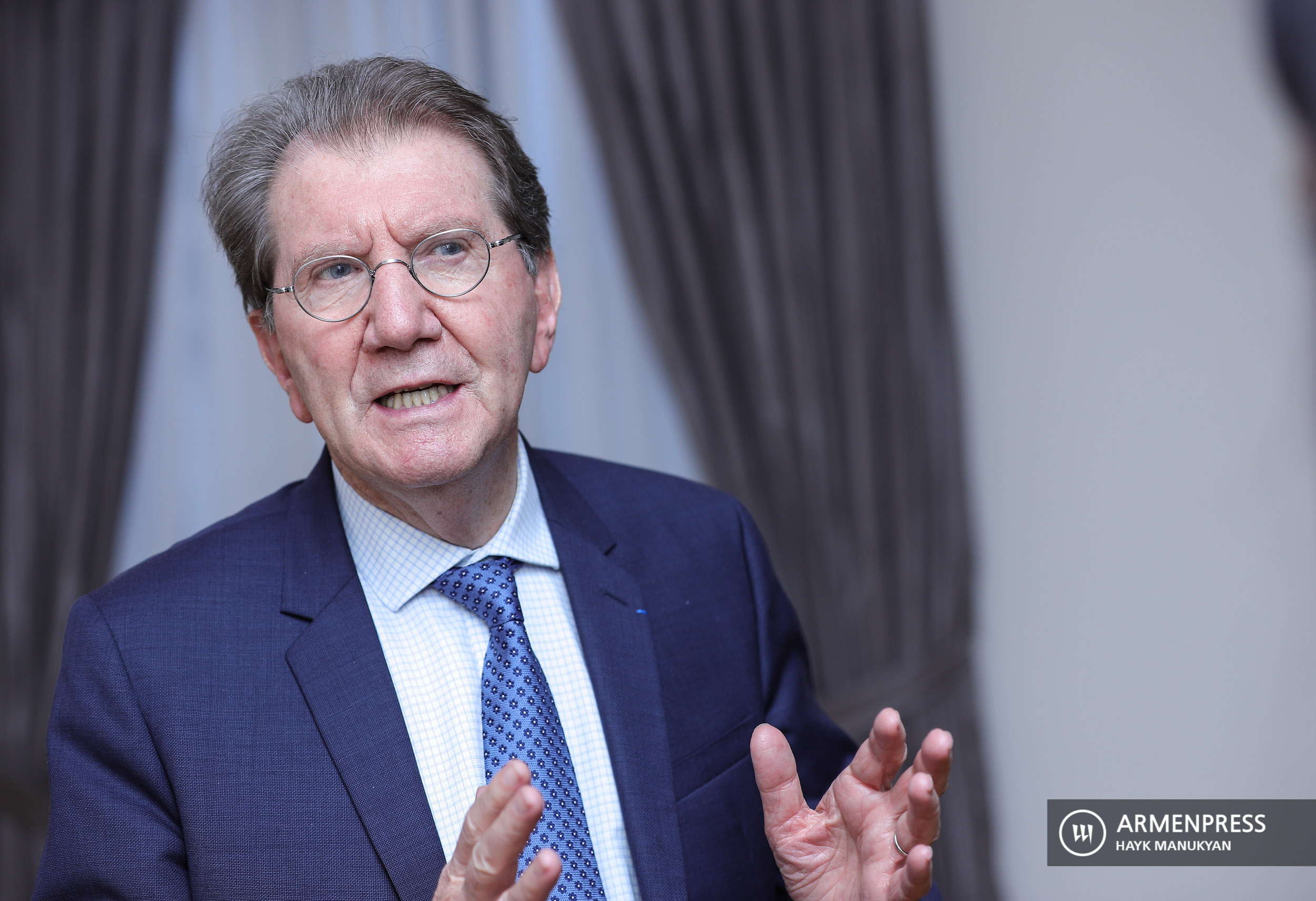 - Azerbaijan continues keeping the Armenian POWs in violation of the trilateral declaration. What can France do as an OSCE Minsk Group Co-chair country to contribute to the return of the POWs, and not only France, what's the role of the international community?

- There are laws regulating wars, there are laws forcing to return the POWs immediately. There is a law that requires a prisoner of war to return to his family. Armenia has done it and France, which is a country of rule of law, demands and will very strongly demand that right to be implemented.

A while ago I put a draft law on the table of the President of the National Assembly of France. It will have a status of law, to take all possible measures to force Azerbaijan to return the Armenian POWs. I think that the European community will take similar measures. I think that separate European states will do the same.