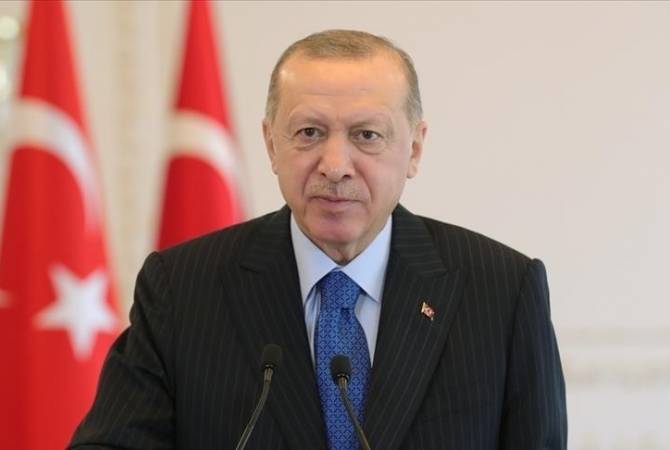 
YEREVAN, APRIL 24, ARMENPRESS. Turkish President Recep Tayyip Erdoğan again avoided to name the Armenian massacres organized and implemented by the Ottoaman Empire in 1915 a genocide. ARMENPRESS reports in a letter addressed to the Armenian Patriarch of Constantinople Sahak Mashalyan, Erdoğan said that he respects the memory of the Armenians that died during the hard period of the WWI.

''I respect the memory of the Armenians that died during the hard period of the WWI. I offer my condolences to their grandchildren'', he wrote.

Turkish president's letter comes after the recognition of the Armenian Genocide by U.S. President Joe Biden.

In his April 24 address, President Joe Biden said '' Each year on this day, we remember the lives of all those who died in the Ottoman-era Armenian genocide and recommit ourselves to preventing such an atrocity from ever again occurring. Beginning on April 24, 1915, with the arrest of Armenian intellectuals and community leaders in Constantinople by Ottoman authorities, one and a half million Armenians were deported, massacred, or marched to their deaths in a campaign of extermination... The American people honor all those Armenians who perished in the genocide that began 106 years ago today''.