Pashinyan thanks Biden for recognition of Armenian Genocide 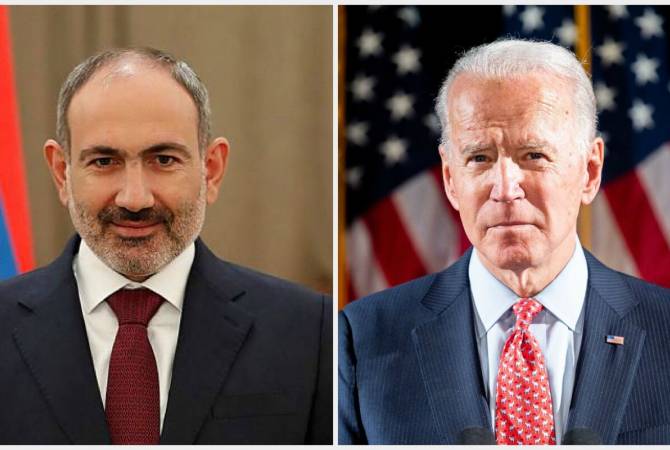 
YEREVAN, APRIL 24, ARMENPRESS. Prime Minister of Armenia Nikol Pashinyan sent a letter to President of the USA Joe Biden, thanking him for naming the developments in the Ottoman Empire in 1915 ''Armenian Genocide''. As ARMENPRESS was informed from the Office of the Prime MInister, the letter runs as follows,

The people of Armenia and Armenians all over the world perceived with great enthusiasm and welcomed your message, in which you officially recognized and condemned the genocide of Armenians perpetrated by the Ottoman Empire in 1915-23. I highly appreciate your principled position, which is a powerful step on the way to acknowledging the truth, historical justice, and an invaluable of support for the descendants of the victims of the Armenian Genocide.

The acknowledgement of the Armenian Genocide is important not only as a tribute paid to the 1.5 million innocent victims, but also in terms of preventing the recurrence of similar crimes against mankind.

The recognition of the Genocide is a matter of truth, historical justice and security to the Republic of Armenia, especially in the light of the events that took place in our region last year.

I fully share your view, namely that “If we fail to fully acknowledge, commemorate genocide and teach our children about it, the words “Never again” become meaningless.”

The recognition of the Armenian Genocide by the United States is a much-needed message to the international community, which comes to reaffirm the primacy of human rights and values in international relations. From this perspective, it sets an encouraging and inspiring example for all those who want to build a just and tolerant international society.

Please accept, Excellency, the assurances of my highest consideration.”