‘I don’t hate you, I pity you’ – Pashinyan quotes poem as response to Aliyev | ARMENPRESS Armenian News Agency

‘I don’t hate you, I pity you’ – Pashinyan quotes poem as response to Aliyev 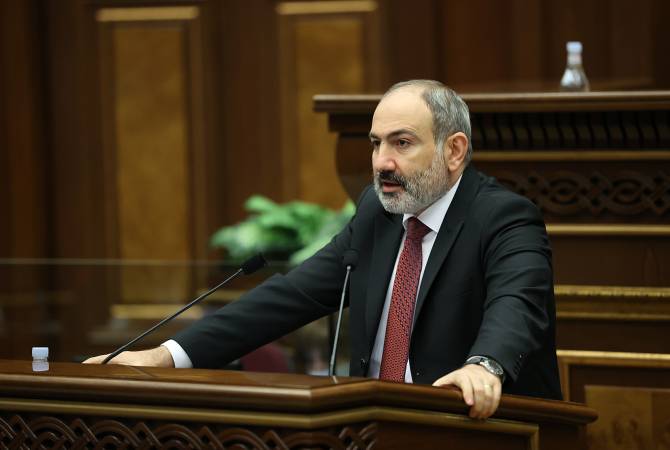 “These statements aren’t new,” Pashinyan said in parliament when asked by lawmaker Sergey Bagratyan on the matter. “These statements were voiced in 2007, 2008, 2009, 2010, 2011, always. Now, there is a new excitement there and I think there is a certain diagnosis in these statements, because opening a museum and showing bodies of dead soldiers, posing for photographs on this background and displaying this for the international community and their own public I believe causes an issue for some physycological support. I think that one shouldn’t be filled with aggression or revenge towards people displaying such behavior, but rather with pity. If I’m not mistaken, it was Ignat Mamyan who wrote a poem on the Karabakh conflict, where there is a good quatrain which goes ‘ I don’t hate you, I pity you…. This is how smart people pity the mad creature cursing them from the gloomy cage of the psychopath’. I think this verse is our today’s response to Ilham Aliyev,” Pashinyan said.

Azerbaijan recently opened a so-called museum in Baku which is dedicated to the 2020 Nagorno Karabakh war, where exhibits such as seized or destroyed Armenian military equipment, helmets of killed troops, as well as waxwork grotesque caricatures of Armenian soldiers are displayed as trophies.