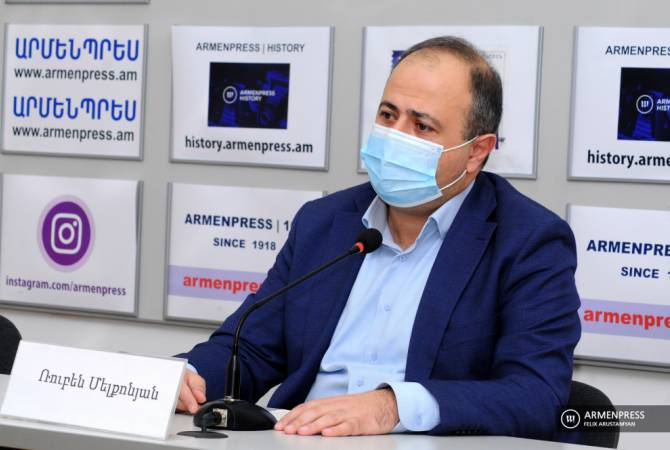 
YEREVAN, APRIL 13, ARMENPRESS. Azeri leader Ilham Aliyev’s latest statement where on one hand he said he doesn’t have any territorial demands towards Armenia but at the same time absurdly claimed that Yerevan, Lake Sevan and the Syunik Province ‘were Azeri territories’ require a psychiatric evaluation, according to historian Ruben Melkonyan, an expert on Turkish studies.

“We must understand that Azerbaijan’s real policy is the encroachment against various territories of Armenia. The other part of the statement is the issue of other specialists, namely the evaluation of psychiatrists, as to how can [Aliyev] state his aspirations towards Yerevan, Sevan, Syunik and at the same time say that he doesn’t have territorial demands against Armenia,” Melkonyan said, speaking about President Aliyev’s April 13 statement.

Melkonyan noted that this isn’t the first time that Aliyev is making such statements.

Speaking about Aliyev’s yet another fake statement claiming that the Armenian Lake Sevan had a different name 100 years ago, Melkonyan said he would advise the Azeri leader to take a look at maps of an earlier period and see whether or not a country named Azerbaijan existed at all back then.

“I think this all proves that a country exists in our neighborhood which doesn’t have anything to do with internationally accepted standards and that country’s mentality and conduct in the 21st century are in line with a prehistoric system and with expansionistic approaches outside any order.”