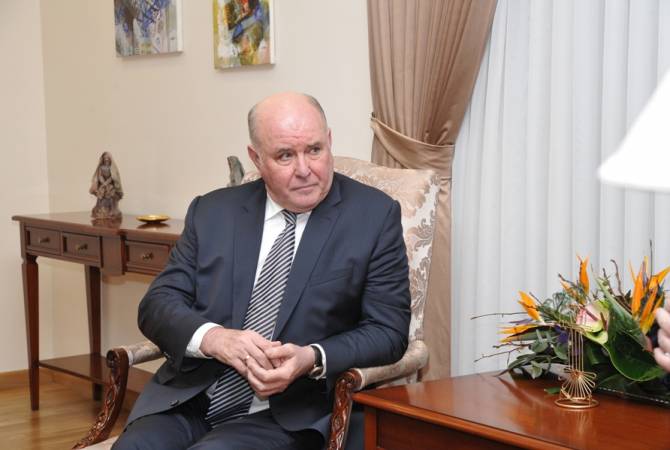 
YEREVAN, APRIL 12, ARMENPRESS. Grigory Karasin, Chair of the Committee of the Federation Council on Foreign Affairs of Russia, says it’s necessary to resume the regular meetings between the Armenian and Azerbaijani foreign ministers under the auspices of the OSCE Minsk Group Co-Chairs.

In an interview to the Kommersant, Mr. Karasin stated that the cessation of bloodshed in Nagorno Karabakh and the signing of the trilateral statement on November 9, 2020 were possible thanks to the responsible position of Russian President Vladimir Putin.

“Now most of the issues are connected with the humanitarian problems, such as the exchange of the prisoners of war, the return of the bodies of the dead, the refugees and provision of necessary living conditions for them”, he said.

According to him, a lot depends on how fast it would be possible to restore the trust between the sides. “The concrete steps have already been taken. At the initiative of the Russian President, the discussions of political issues continue, they are searching for ways. The trilateral commission at the deputy prime minister’s level is working actively, discussing economic, transportation and logistics-related issues”, he said.

21:29, 09.24.2021
Viewed 2020 times Today, no Armenian lives or practically could live in the territories under the control of Azerbaijan – Pashinyan