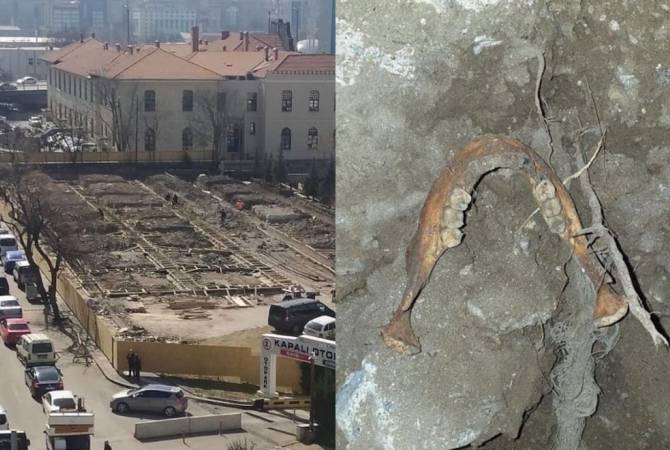 
YEREVAN, MARCH 17, ARMENPRESS. Turkey’s opposition lawmaker Garo Paylan (HDP) filed a parliamentary inquiry regarding the ongoing construction of shops carried out by the Housing Development Administration of Turkey (TOKİ) on an Armenian cemetery in Ulus, Ankara.

Paylan, ethnically Armenian, visited the area to inspect it but was banned from entering the construction site.

“The Ankara Branch of the Chamber of Architects previously announced that the excavation was illegally ongoing in an area allocated for the reconstruction of the Provincial Bank, which had been demolished. It also noted that there was an Armenian and Catholic cemetery in the construction site, adding that human bones were found during excavation,” Bianet reported. The chamber of architects had called the ongoing construction “barbarism.”

In his Parliamentary question addressed to Minister of Environment and Urbanization Murat Kurum, Paylan has said that even though the officials from the Museum of Anatolian Civilizations examined the area, concrete is still being poured there.

"In spite of this, the construction is still ongoing and concrete is being poured on the area where the graves are located,” Paylan said, according to Bianet.  Paylan asked the government to explain why the construction hasn’t been stopped yet and whether or not they are aware that “TOKİ is destroying the cultural assets and urban memory of Ankara.”