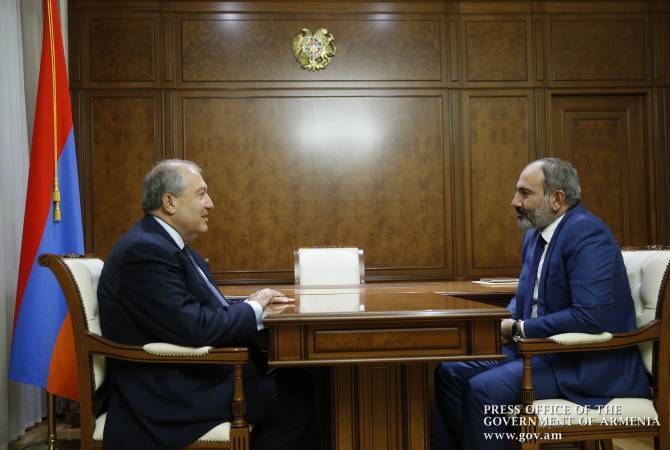 
YEREVAN, FEBRUARY 27, ARMENPRESS. Shortly after the President refused to sign the order to dismiss the Chief of the General Staff of the Armenian Armed Forces Colonel-General Onik Gasparyan and returned the motion to the Prime Minister Nikol Pashinyan, the latter again sent it back to the President for approval.

Commenting on the President's refusal to sign it and returning it to him, Pashinyan said “this decision doesn’t anyhow contribute to the resolution of the situation.”

By law, the president has three days to either approve a motion or return it with objections. But now, once the motion is sent back to him, he is entitled to either sign it or apply to the Constitutional Court.