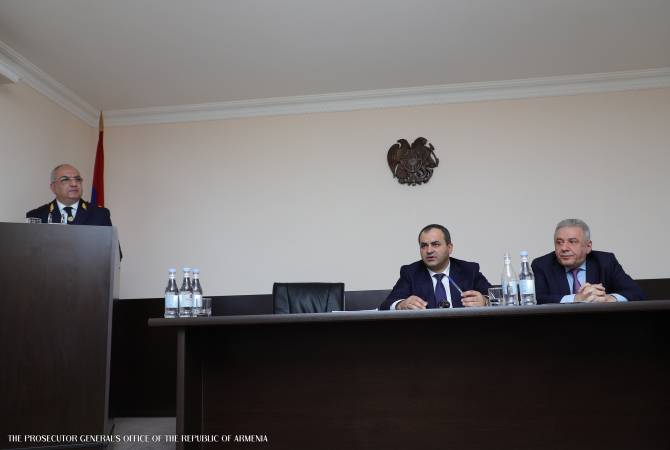 
YEREVAN, FEBRUARY 18, ARMENPRESS. 9094 servicemen of the Armenian military were wounded in action during the 2020 Nagorno Karabakh War, the general prosecution announced today at a consultation on the military prosecution’s activities.

The final death toll isn’t yet available because of the ongoing identification of bodies and the search operations.

But the prosecution noted that in 2020 the bodies of 3389 servicemen were identified.

Speaking on the criminal cases related to the war, Prosecutor General Artur Davtyan said that it is necessary for a deep, comprehensive and fully objective investigation to give legal assessments to the Turkey-backed Azerbaijani war of aggression, the gross violations of international humanitarian law against servicemen, civilians and towns of Armenia and Artsakh, the Azeri crimes against humanity and use of prohibited munitions, as well as deployment of international terrorists by Azerbaijan.

Other issues related to the military were also discussed at the meeting.

Defense Minister V. Harutyunyan said that revealing all circumstances concerning the war is of urgent necessity.