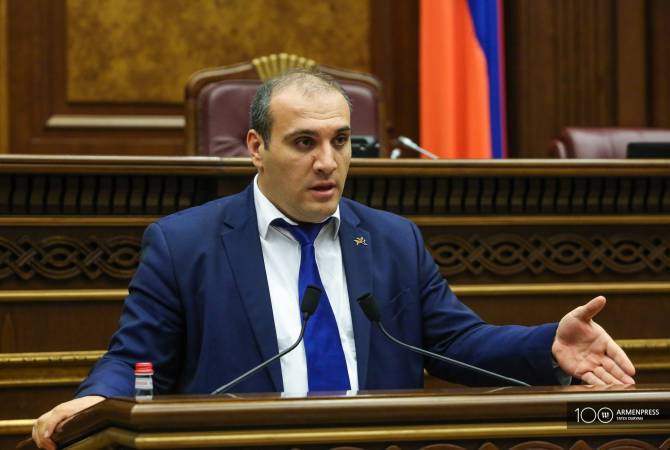 
YEREVAN, JANUARY 26, ARMENPRESS. A bill on amending the Electoral Code will be introduced for public discussions in February, the My Step parliamentary faction MP Hamazasp Danielyan told reporters after the ruling bloc held a meeting.

He said the ruling bloc lawmakers discussed potential constitutional amendments, a possible self-dissolution of parliament and other options.

“During February we will introduce the Electoral Code first for public discussions then into circulation, meaning the part of the code which relates to the electoral procedures and other parts. When we were planning electoral reforms one and a half years ago, we had an idea that we would address the main part after constitutional amendments, because the electoral procedure includes clauses which are regulated by the Constitution,” he said, adding that despite constitutional amendments haven’t taken place the Electoral Code package is ready.

Danielyan says the ruling bloc discussed the possibility of making some constitutional amendments in parliament. “We discussed several options, and discussions are still ongoing.”

Asked whether or not they discussed the possibility of enabling parliament to “self-dissolve” – a brainchild of their colleague MP Vahagn Hovakimyan – he said they have indeed discussed it. “There are many ideas, it’s not one thing, there are many items relating to the timeframes of early elections and others,” he said.

Danielyan noted that making constitutional amendments in parliament isn’t solely up to the ruling bloc. “Such an amendment requires at least 88 votes, therefore the opposition should also express its view. Therefore, we are still at a very early stage for me to be able to give concrete information. There was no concrete decision at the discussion,” Danielyan said.