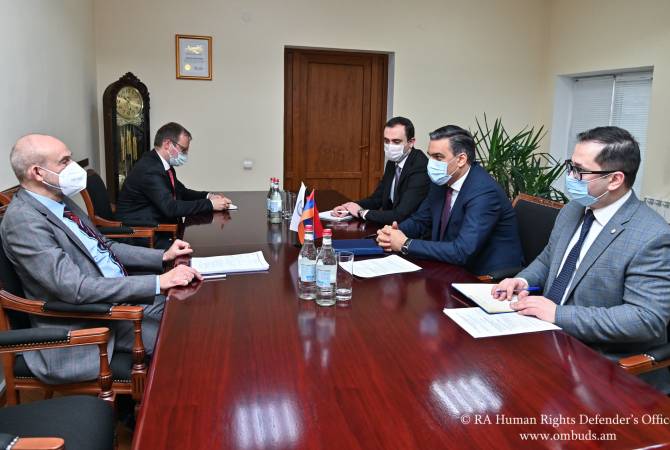 During the meeting Ombudsman Tatoyan raised issues relating to the rights of Armenian servicemen and civilians who are in the Azerbaijani captivity and their immediate return. He told the Ambassador that the Azerbaijani authorities are artificially delaying the process of returning the Armenian POWs and exchanging the bodies of the dead.

Human rights-related issues in the context of the coronavirus-related state of emergency and the current martial law declared in Armenia were discussed at the meeting.

Both sides highlighted implementing joint programs in the fields of protection of children’s and women’s rights, as well as in journalists’ capacity development.

The officials agreed to deepen the cooperation directions.