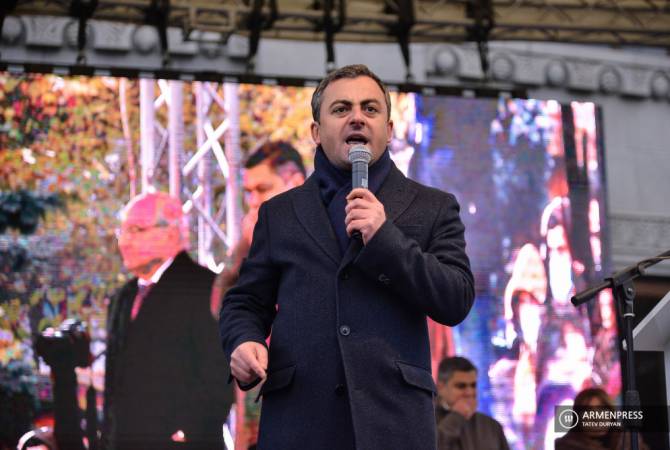 
YEREVAN, DECEMBER 22, ARMENPRESS. The Homeland Salvation Movement told their supporters to block the government headquarters and the general prosecution building in central Yerevan.

The movement is holding a strike and a rally at the Republic Square.

“A part of the people stays here, while others block the government and prosecution buildings, because we don’t need this government’s activities any more. We won’t give in to provocations, don’t attempt to enter this building, because we don’t need that now. We must take the entire state system from Nikol Pashinyan,” Ishkhan Saghatelyan, one of the leading figures of the movement, told the protesters.