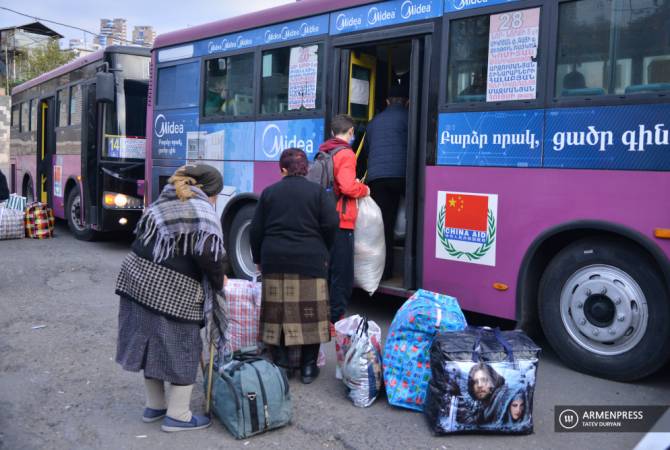 “Today 351 people were delivered by buses from Yerevan to Stepanakert. The bus traffic was escorted by patrols of the Russian peacekeeping contingent and military police. <...> In total, some 43,000 refugees have returned to their places of residence in Nagorno Karabakh”, the ministry said.

Russia’s peacekeepers are in Nagorno Karabakh in accordance with the agreements confirmed by the November 9 joint statement on a full ceasefire in the region made by Russian President Vladimir Putin, Azerbaijani President Ilham Aliyev and Armenian Prime Minister Nikol Pashinyan.