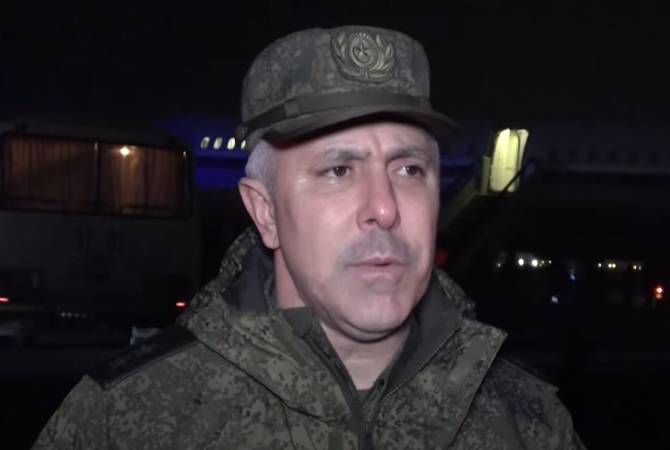 
YEREVAN, DECEMBER 15, ARMENPRESS. 12 Azerbaijani POWs were repatriated on December 14 on board a Russian aircraft from the Armenian side, while 44 Armenian POWs were transferred to Yerevan, the Commander of the Russian peacekeeping contingent in Nagorno Karabakh Lt. General Rustam Muradov told reporters at the Erebuni airbase in the Armenian capital.

He said the exchange of prisoners was carried out under the “all for all” principle. “A large scale preparation work preceded this with the Armenian and Azerbaijani sides, carried out by the Russian peacekeepers. As a result, under my personal supervision, the Russian aircraft arrived in Baku and handed over 12 persons to Azerbaijani authorities. 44 persons returned to Armenia from the Azerbaijani side,” the Lt. General said.

The prisoner exchange is one of the terms of the Moscow-mediated armistice signed between Armenia, Azerbaijan and Russia itself.

Muradov said they will further contribute to the implementation of the trilateral agreement.