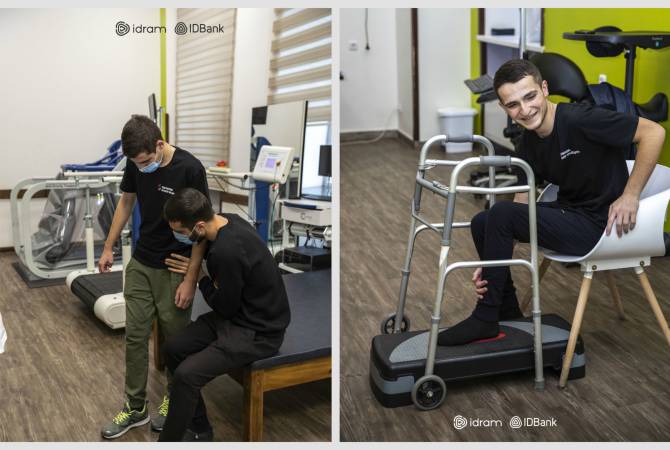 
“The power of One dram” has summed up the next program: during 2 months IDBank and Idram have gathered AMD 3 603 291 by transferring 1 dram for each payment of their clients. The amount will be donated to the Insurance foundation for servicemen.

“At this stage, when the war is over and we have many victims and wounded soldiers, we believe that we have to repay to the homeland defenders and their families, and this time we will donate the amount of more than AMD 3.5 million to the Insurance foundation for servicemen”, mentioned the head of the marketing unit of Idram company.

As for the next stage of “The power of One dram”, which will launch on December 1, the head of Communications unit of IDBank, Tatevik Vardevanyan mentioned, it will also serve to the homeland defenders: during the period from December 1 to February 28, 2021,  the “one drams” gathered will be transferred to the Rehabilitation center of the homeland defender”,- said Tatevik Vardevanyan,.

Haykuhi Minasyan, the director of the Rehabilitation center of the homeland defender, has highlighted the importance of this kind of initiatives and mentioned that at this moment 200 soldiers are receiving treatment at the Soldier’s home. “Just as the military service is mandatory, the support after it must be mandatory as well, and this should be done both by the state, and the society”, told Haykuhi Minasyan.

The representatives of the companies have mentioned that only by making payments via Idram application, IDBanking.am online platform, Bank and Idram terminals, the clients become goodwill ambassadors not even paying a dram, as IDBank and Idram transfer 1 dram from their own means, this time to the Rehabilitation center of the homeland defender.