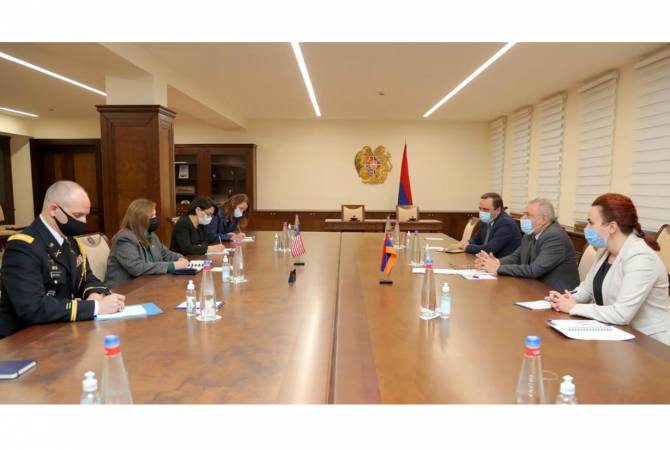 The US Ambassador congratulated Mr. Harutyunyan on appointment as the defense minister.

The defense minister briefed the US Ambassador on the implementation process of the agreements reached after the cessation of military operations in Nagorno Karabakh. As a priority, he highlighted the works on the return of prisoners of war, search for missing in action and the bodies of the dead, as well as the activities of the International Committee of Red Cross, the Russian defense ministry and the Russian peacekeeping mission in Artsakh.

The Armenian defense minister also stated that currently they are analyzing the military operations and assess the shortcomings which can lead to structural, decision-making procedure, strategy and legislative changes.

The opportunities of giving a new course to the Armenian-American cooperation in the defense field were discussed during the meeting. The sides agreed that as a result of additional discussions new cooperation areas and directions will be initiated based on the interests of the sides.