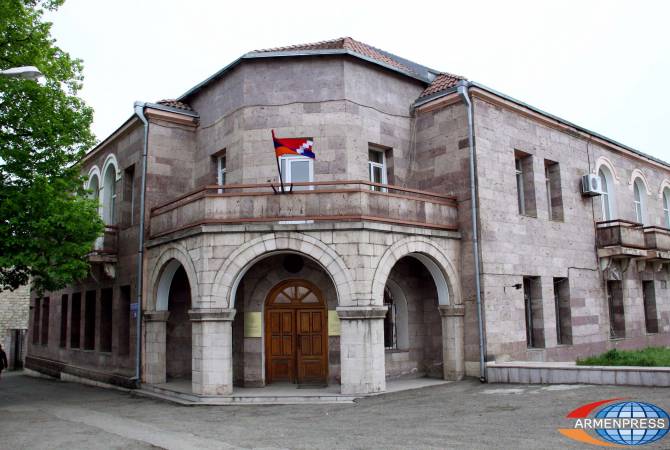 
YEREVAN, NOVEMBER 25, ARMENPRESS. The Foreign Ministry of Artsakh issues a statement, saluting the resolution adopted by the upper House of the French parliament, the Senate, on the necessity to recognize the Republic of Artsakh, ARMENPRESS was informed from the press service of the MFA Artsakh.

‘’We express deep gratitude to the Senators and all the individuals and organizations due to whose efforts the adoption of this historical decision became a reality.

It is noteworthy that, among other important points, the adopted resolution of the Senate condemns the Azerbaijani-Turkish military aggression against Artsakh on September 27, with the participation of terrorist mercenaries, and calls on the French authorities to take all possible measures to ensure the restoration of borders defined by the 1994 ceasefire, which, in fact, were fixed by the trilateral indefinite ceasefire agreement signed by Artsakh Republic, Armenia and Azerbaijan.

We highlight the courageous stance of the French Senate to call on the government to "recognize the Nagorno-Karabakh Republic and make that recognition the subject for lasting peace negotiations." We hope that this decision of the Senate will inspire the adoption of resolutions of the same nature and power, first of all in the French National Assembly, as well as in other countries of the world.

We once again announce that given the armed aggression against Artsakh, military occupation of a significant part of its territories, as well as Azerbaijan’s public denial to discuss the status of Artsakh, any factor hindering the recognition of the independence of the Republic of Artsakh by any state is eliminated, which, in the past, was conditioned by the concerns not to create obstacles for the peaceful settlement of the Azerbaijan-Karabakh conflict.

We are convinced that the process of international recognition of the Republic of Artsakh is in line with the medium- and long-term interests of the OSCE Minsk Group co-chairing countries, including the Russian Federation.

The international recognition of the independence of the Republic of Artsakh is based on the principles of justice, equality of peoples, and will make a significant contribution to ensuring stronger security, stability and predictability in the South Caucasus," reads the statement.