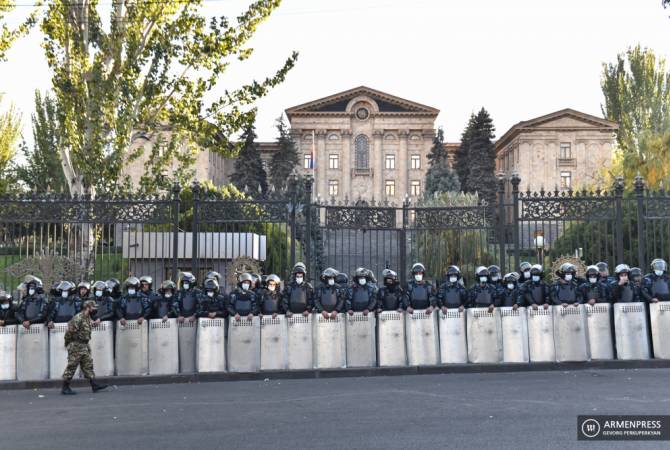 ‘’We think that the abolishment of the martial law as soon as possible will contribute to our steps aimed at mitigating the existing crisis’’, MP Gevorg Gorgisyan said.

Cabinet member, Deputy Health Minister Anahit Avanesyan said that it’s necessary to be cautious about full abolishment of the martial law. Chairman of the Standing Committee suggested that the discussion of the issue should be postponed by one week.

By the vote of the committee, the draft decision of the National Assembly "On the abolition of martial law" received a negative conclusion. The issue of including it in the agenda of the special session of the parliament will be discussed on November 26, at 11:00.

Martial law was declared in Armenia on September 27, when Azerbaijan unleashed war against Artsakh.