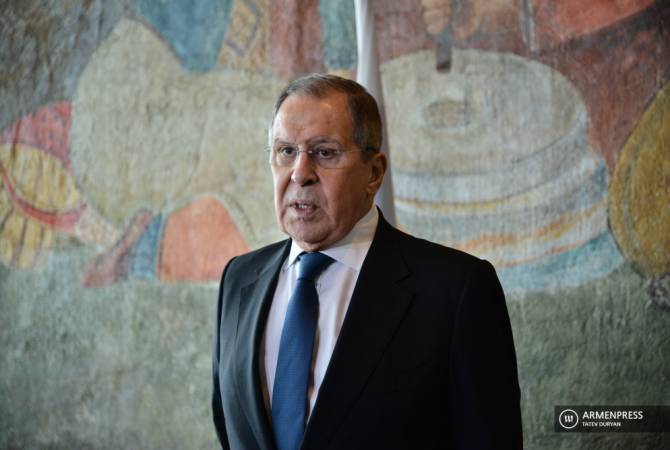 
YEREVAN, NOVEMBER 21, ARMENPRESS. Russian Foreign Minister Sergei Lavrov expects that UNESCO will be more active in preserving the cultural monuments in and around Nagorno Karabakh, than it was in Syria’s Aleppo and Palmyra.

“Yesterday I had a thorough talk with the UNESCO Director General, proposing to more actively deal with the preservation of cultural, civilizational religious heritage in and around Nagorno Karabakh, which would be an important investment for the reconciliation of the nations and the establishment of peace in that region. We expect that the UNESCO will show more activeness there than it had in Syria, firstly in preserving the cultural sites in Aleppo and Palmyra”, Lavrov told reporters in Yerevan.

The Russian FM stated that in order to implement the agreements signed by the leaders of Russia, Armenia and Azerbaijan, it is necessary to unite the support of the international community and organizations.

“The International Committee of Red Cross is already working actively here. We are interested that the UN agencies will also come up with a respective initiative. We have received the appeal of the UN Secretary-General on this. There is also an appeal by the High Commissioner for Refugees”, Lavrov said.

The Russian governmental delegation led by FM Lavrov arrived in Armenia on November 21.