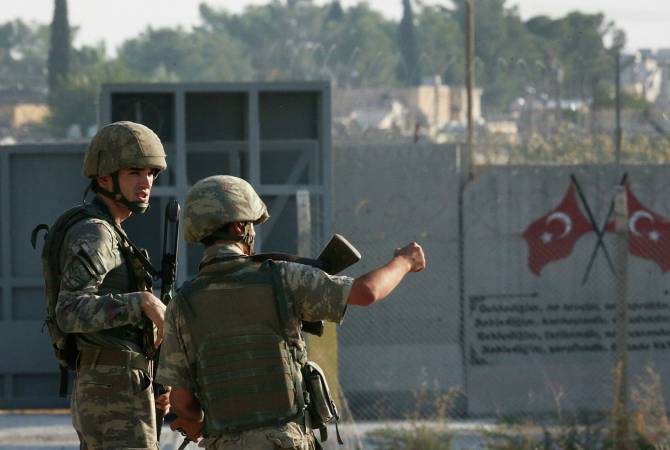 “The land troops have completed preparations”, the minister said.

On November 17 the Turkish Parliament approved President Recep Tayyip Erdogan’s decree on sending troops to Azerbaijan. According to the decree, they can stay in Azerbaijan up to a year.

Last week Erdogan announced that Ankara and Moscow have signed a memorandum on creating ceasefire control center in Azerbaijan, adding that Turkish servicemen will also participate in the joint peacekeeping mission in Nagorno Karabakh. However, Moscow stated that Russia and Turkey will work on the NK issue through a monitoring center in Azerbaijan, adding that there has been no talk on joint peacekeeping mission.

On November 9 Armenian Prime Minister Nikol Pashinyan, Azerbaijani President Ilham Aliyev and Russian President Vladimir Putin signed a statement on a full ceasefire and cessation of all military actions in the Nagorno Karabakh conflict zone since 01:00 Yerevan Time on November 10. Russian peacekeepers are being deployed to Nagorno Karabakh.