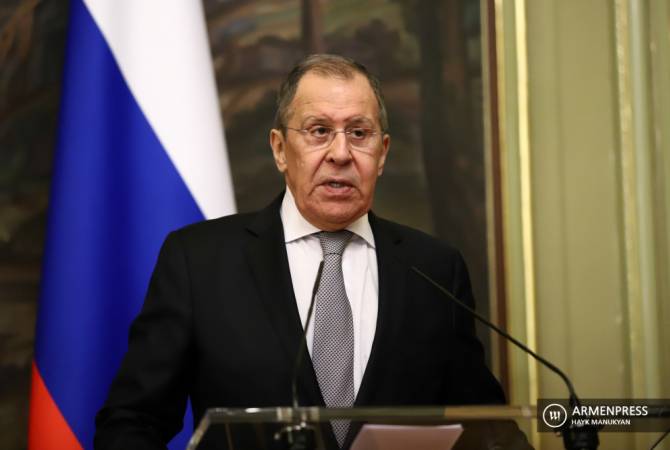 
YEREVAN, NOVEMBER 19, ARMENPRESS. Russian Foreign Minister Sergey Lavrov does not think that Nagorno Karabakh conflict has been resolved without the participation of the USA and France, ARMENPRESS reports Lavrov told Russia Today, commenting on the reaction of the U.S. Secretary of State over Russia’s role in the settlement of Nagorno Karabakh conflict.

‘’First, I don’t think that it (Nagorno Karabakh issue) has been resolved without the participation of the USA because the position of the three Co-chairs, Russia, the USA and France, which had been presented numerous times on the level of the Presidents, Foreign Ministers and special representatives during the month preceding the November 9 document, were about immediate stopping of bloodshed and development of a mechanism for monitoring the ceasefire, and had a political and psychological impact on the situation’’, Lavrov said.

According to him, though the calls did not materialize at that time, they played an important political role for creating conditions so as the sides finally reach an agreement due to the efforts of the Russian President.

‘’In a situation when it was a matter of minutes in literal sense, where each minute had a value of a human life, could be call Washington, Paris to know if they would support some particular formulations?’’, Lavrov said, adding that making such claims is simply wrong and not ethical.

Earlier, a representative of the U.S. Department of State had announced that the USA and France have many questions to address Russia over the settlement of the conflict, including the role of Turkey.