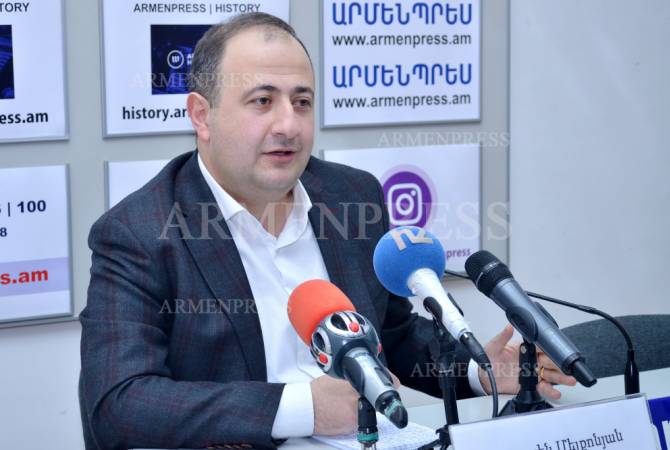 
YEREVAN, NOVEMBER 18, ARMENPRESS. Turkey understands that launching military actions against Armenia would mean a Russian-Turkish direct war, but the Turkish-Russian relations have not yet reached the degree of tension which could lead to a direct war, Expert on Turkish studies Ruben Melkonyan told Armenpress, commenting on the reports that Turkey is deploying troops and military transport aviation in Igdir section on the border with Armenia.

According to Melkonyan, this issue can be viewed in a broader perspective, mainly from the perspective of regional developments. He said Iran as well has deployed troops on the border, Russia is increasing its military presence in the region, with the deployment of peacekeepers in Artsakh. “Moreover, Russia’s entry is an expected and legal entry to the region and Artsakh. And it’s natural that Turkey, as another key role player in the region having aggressive goals with the South Caucasus, should have applied to political and military element, which is the deployment of troops and military equipment in the border”, he said.

The expert stated that all this can pursue several goals. According to him, the first one is the demonstration of power and the political message addressed to the two regional players – Russia and Iran. “Secondly, it will try with this to strengthen its aggressive aspirations in Azerbaijan in terms of having a military presence and already legitimizing its military presence in Azerbaijan. Thirdly, the issue of Nakhijevan has a potential for activation, and let’s not forget that Iran’s positions on Nakhijevan greatly differ in many points. And the accumulation of troops can also have a meaning of a message addressed to Iran. And the last one is of course Turkey’s traditional threat to Armenia”, the expert said, reminding that Turkey did similar accumulations also during the first Karabakh war.

Asked whether Turkey’s these actions would lead to concrete military operations, Ruben Melkonyan said starting direct military operations against Armenia doesn’t mean Armenian-Turkish war only, it means Russian-Turkish war, CSTO-Turkey war, CSTO-NATO war. “I think that the Turkish genocidal authorities clearly understand and calculate well that launching direct military actions against Armenia will be a war against Russia. And the current developments allow to assume that the Turkish-Russian relations have not yet reached the degree of tension which could lead to a direct war”, he said.

The expert, however, stated that Turkey itself is an unconstructive, aggressive state, therefore, nothing can be ruled out. But according to him, Turkey’s actions now contain attributes of a political message and demonstration of power.