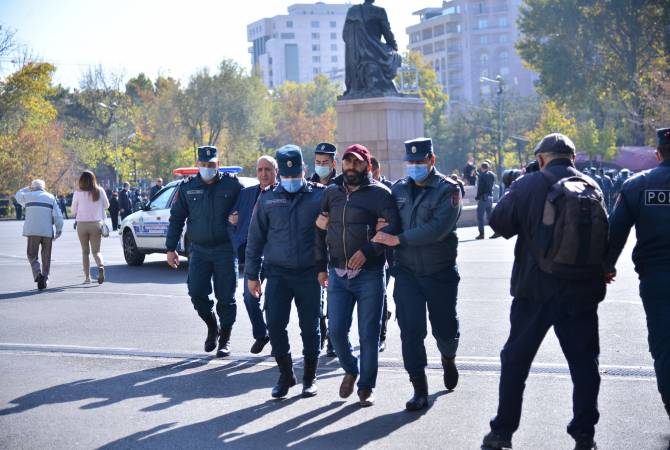 A total of 129 protesters were detained from Freedom Square in Yerevan where an anti-government rally was organized calling for the resignation of Prime Minister Nikol Pashinyan.

Police warned the organizers of the rally that gatherings are banned under the martial law.

11:29, 05.19.2022
2904 views U.S. recognizes role of population of Nagorno-Karabakh in deciding its future–Ambassador Tracy’s interview to ARMENPRESS