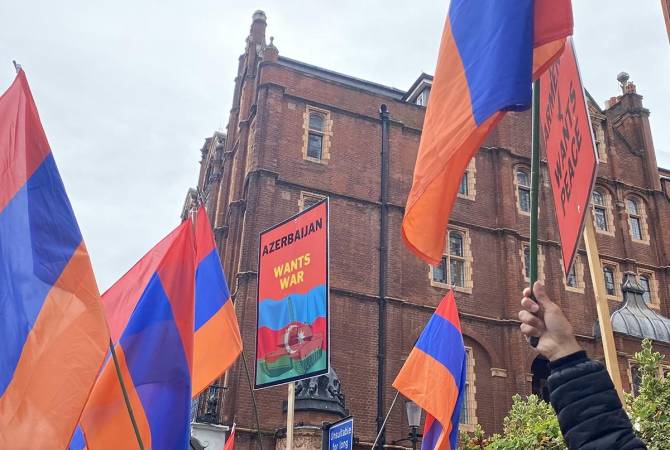 
YEREVAN, OCTOBER 31, ARMENPRESS. The Armenian community in Great Britain are holding a peaceful protest in front of the office of British Petroleum multinational oil and gas company, demanding to suspend business ties with Azerbaijan. ARMENPRESS reports the participants of the protest say that the company that has an office in Azerbaijan engaged in production and export of Azerbaijani oil finances the war against Artsakh.

The peaceful protesters say that Armenia and Artsakh are struggling against the dictatorial regime of Azerbaijan financed by the British Petroleum.

British Petroleum International Oil and Gas Company was founded in 1909 in London. In 1992, the company opened an office in Baku, cooperating with the State Oil Company of Azerbaijan Republic (SOCAR), which finances the Azerbaijani army.