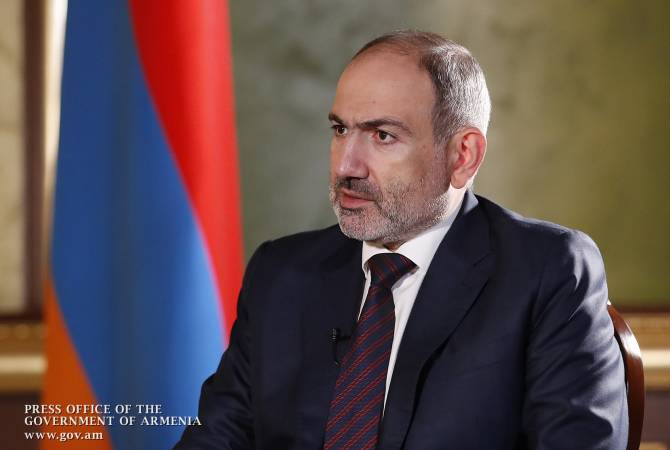 
YEREVAN, OCTOBER 31, ARMENPRESS. In an interview to Al Arabiya, Prime Minister of Armenia Nikol Pashinyan commented on the question what is his vision on the settlement of the Nagorno Karabakh conflict.

“Firstly, the military operations should stop because under the hostilities it’s difficult to imagine a diplomatic solution. After which substantive negotiations on solutions should take place, as envisaged in the October 10 statement in Moscow adopted by the foreign ministers of Armenia, Russia and Azerbaijan”, the PM said.

Pashinyan stated that the Armenian side has always been ready to the negotiations, is always ready to talks and has always been ready to mutual concessions. “The problem is something else: at the moment when any mutual concession becomes acceptable for Armenia, that mutual concession becomes unacceptable  for Azerbaijan. I can bring you the example of Kazan of 2011. You know, the status of Nagorno Karabakh, in particular the issue of the recognition of its independence, right to self-determination is a priority issue for the Armenian side. But during the so-called Kazan process in 2011 the Armenian side has agreed with the interim status of Karabakh, which was not a final status, but just an interim status. In other words, it made a step back from its initial bar with the logic to achieve compromise. But at the last moment Azerbaijan refused to accept that compromise and proposed stricter conditions to the Armenian side. It is this process which has not allowed and till now does not allow to achieve a diplomatic solution”, the PM stated.