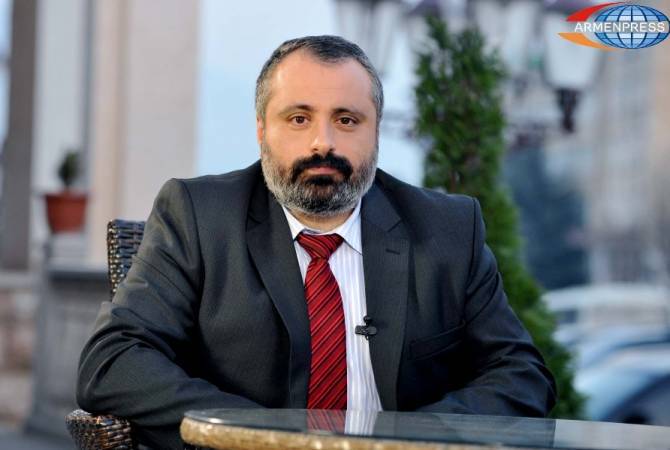 
YEREVAN, OCTOBER 31, ARMENPRESS. On the background of factual proofs by the Armenian side about the presence of mercenaries in the Azerbaijani armed forces, Azerbaijan is making unsuccessful attempts to publish absurd “data”, with such a behavior “spitting” on the international community, Advisor to the Artsakh President on foreign affairs Davit Babayan told Armenpress, commenting on the Azerbaijani disinformation according to which there is evidence on European neo-Nazi participation by Armenia.

Babayan called this claim as another absurd statement by Azerbaijan. “Now they will start to release such absurd data, when we have factual evidence: Syrian militants whom we managed to capture. Neo-Nazi is Erdogan himself who officially states that Hitler has been the most effective figure”, Babayan said.

He said if Europe, Israel, some structures have responded in a right way, today the situation won’t be such, and some members of the Israeli government would not have been in a business deal with Nazis.

“With its actions Azerbaijan is spitting on the international community”, Babayan said, adding that the Azerbaijani behavior is not something new.