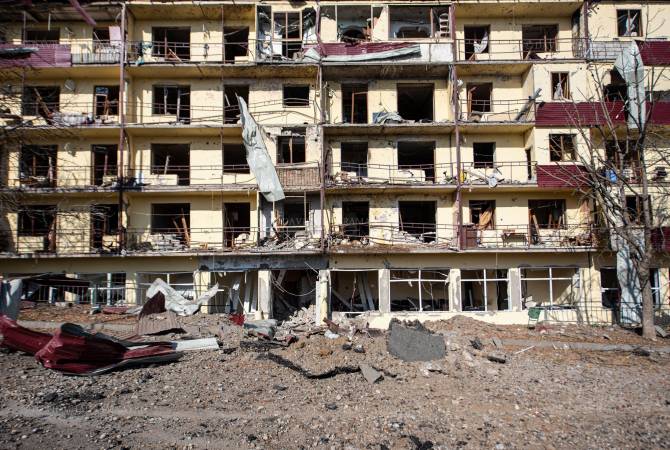 
STEPANAKERT, OCTOBER 31, ARMENPRESS. The Azerbaijani military has bombarded the town of Shushi in Artsakh in the latest violation of yet another internationally brokered agreement whereby it pledged not to target civilian settlements.

The Armenian Defense Ministry spokesperson Shushan Stepanyan said civilians were wounded in the Azeri bombardment of Shushi on October 31.

Shortly after the agreement in Geneva where Azerbaijan pledged it won’t target civilian settlements, the deal was again breached with Stepanakert City of Artsakh coming under another massive Azerbaijani bombardment.