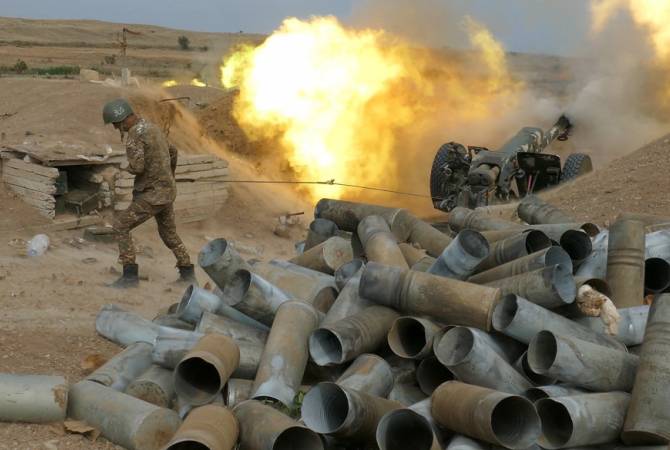 
STEPANAKERT, OCTOBER 31, ARMENPRESS. The Defense Army of Artsakh says its units carried out “successful defensive battles” overnight October 30-31 in the north-eastern, southern and south-western directions of the frontline.The Defense Army units destroyed 1 tank, 1 infantry fighting vehicle, a vehicle loaded with munitions and 5 drones of the Azeri military. It said that recon and counterstrike operations resumed overnight. “The configuration of forces remained unchanged in all directions of the frontline.”

Combat operations resumed in the morning in the abovementioned directions.

“The [Azerbaijani] forces continue targeting peaceful settlements and civilian infrastructure in addition to attacking defense lines,” the Artsakh Defense Army said, adding that the Azeri military has deployed white phosphorus munitions which are banned by the Geneva conventions and which contain elements of chemical weapons.

“The tactical situation is under the control of the Defense Army units.”