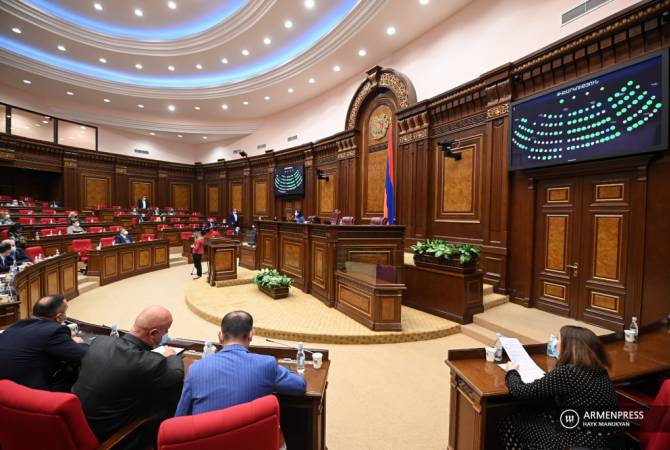 
YEREVAN, OCTOBER 28, ARMENPRESS. The Armenian Parliament adopted the legislative package on making amendments to the Law on Defense and adjacent laws which proposes to create a militia and defines that term.

Deputy defense minister Gabriel Balayan told the lawmakers during today’s session that after the first hearing no proposals were made over the legislative package.

The bill defines the term “militia” as a voluntary participation of citizens to the defense of Armenia in case of armed attack, presence of its direct threat or military operations against Armenia. The militia will operate on territorial principle and according to Armenia’s administrative-territorial division, it will conditionally consist of military units, their subordinate brigades and battalions. The militia will be generally headed by the Chief of General Staff of the Armenian Armed Forces.

Member of the militia will sign a contract, will be provided with a weapon, a military uniform and will be appointed to a respective position.

The bill was approved by the Parliament unanimously with 67 votes in favor.