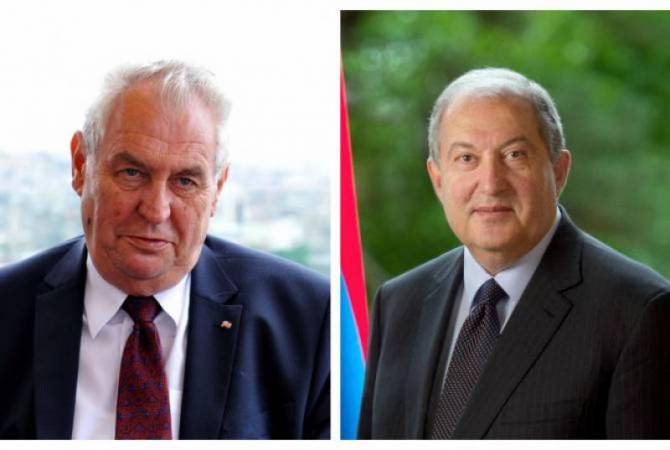 Highlighting the development of mutually beneficial relations with the Czech Republic and highly appreciating the existing mutual trust between the two countries, the Armenian President expressed readiness to continue the constructive dialogue.

The President touched upon the ongoing large-scale military aggression unleashed by Azerbaijan against Artsakh (Nagorno Karabakh) which is already a month, as well as Turkey’s involvement to the hostilities.

“We highly value the resolution adopted by the Chamber of Deputies of the Czech Parliament in October condemning the involvement of governments of third countries in the Nagorno Karabakh conflict and the deployment of armed militants from other territories to the NK conflict zone. Today, at this difficult moment for Armenia and Artsakh, when our people are fighting for life, freedom and mother land, I am sure that friendly Czech Republic is standing by us”, the Armenian President said in his letter.