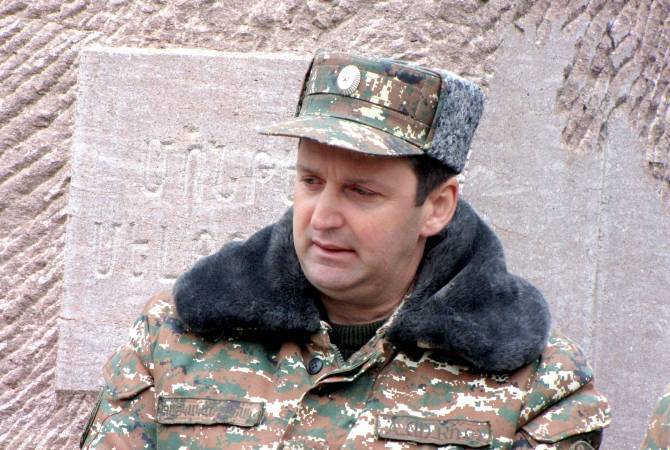 
YEREVAN, OCTOBER 27, ARMENPRESS. Artsakh’s Minister of Defense and Commander of the Defense Army Lt. General Jalal Harutyunyan has been wounded in action and is discharged from duties.

President of Artsakh Arayik Harutyunyan has appointed Major-General Mikayel Arzumanyan as the new Minister of Defense and Commander of the Defense Army, promoting him to the rank of Lt. General.

“The decision to discharge Jalal Harutyunyan is the imperative of the moment due to the injury he suffered recently at a combat position and the dismissal should not become subject to misinterpretations. I wish speedy recovery to Jalal Harutyunyan and I am sure that he will return to his country’s service very soon.

I am sure that Mikayel Harutyunyan realizes the level of responsibility in the new position and he won’t spare efforts and vigor in order to justify the confidence in him,” President Harutyunyan said in a statement.