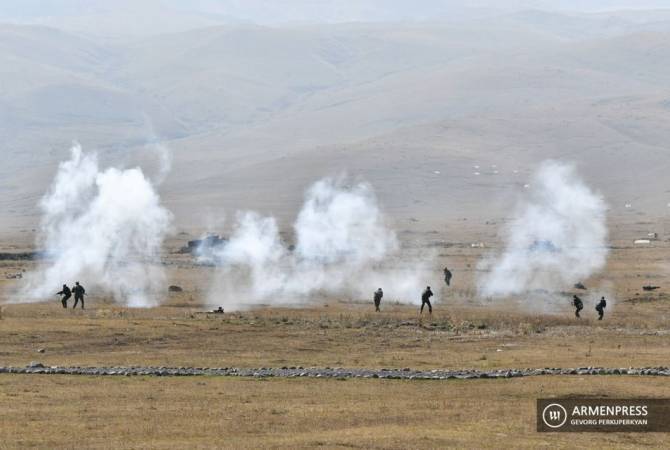 ''Azerbaijan started military operations in the northern direction, no heavy clashes took place until midday. During the day they launched powerful artillery fire and skirmishes occurred. No fierce clashes occurred in the southern direction as well’', Hovhannisyan said.

''The adversary initiated attacks a number of times in the tactic of local offensives, using different types of military equipment. The attempts were prevented and repelled, in some sections the adversary retreated. A number of armored and non armored vehicles were destroyed'', Hovhannisyan said.