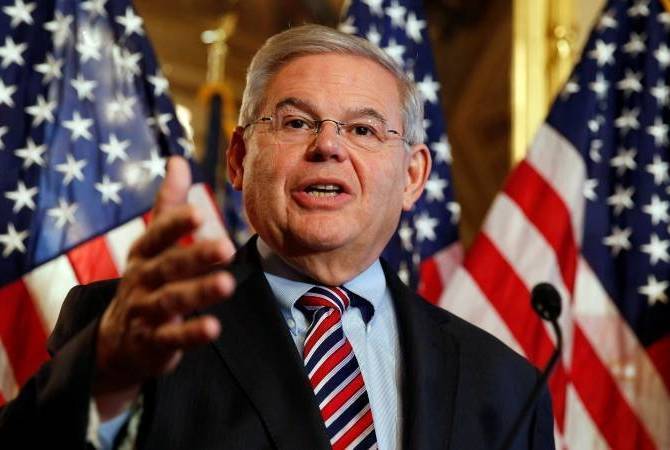 
YEREVAN, OCTOBER 23, ARMENPRESS. Senator Bob Menendez has submitted two resolutions to the Congress, urging to stop selling arms to Turkey and Azerbaijan, ARMENPRESS was informed from the Armenian National Committee of America.

“Azerbaijan’s ongoing aggression against the Armenian people – with Turkey’s full backing – has already exacted a painful toll on civilians in the region and resulted in appalling human rights abuses. The United States cannot continue providing security assistance and arms to Azerbaijan and Turkey as they move the region further and further away from peace,” said Ranking Member Menendez.

“Turkey’s pattern of violence extends beyond the South Caucasus to Syria, Iraq, and Libya, and both President Aliyev and President Erdogan have inflicted appalling abuses on their own people. This resolution pushes back against Azerbaijan’s and Turkey’s human rights abuses and paves the way to stop arming two governments that so often use their security forces to harm innocent people'', he said.