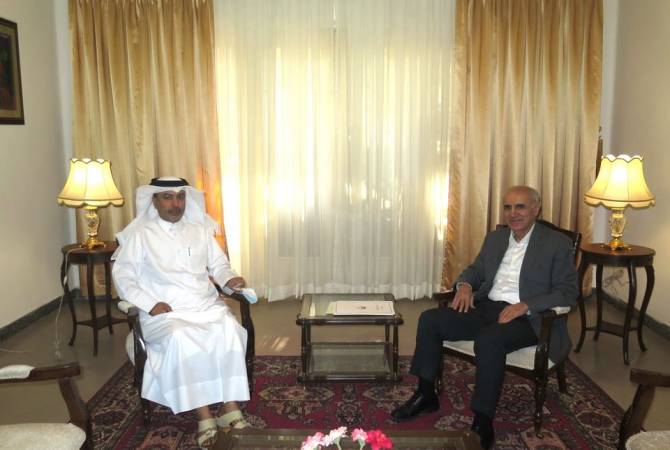 The Qatari Ambassador conveyed Ambassador Tumanyan the message of the Emir of Qatar addressed to Armenia’s President Armen Sarkissian.

During the meeting the two Ambassadors discussed the current situation caused by the Azerbaijani aggression against Artsakh (Nagorno Karabakh), as well as a number of issues relating to the Nagorno Karabakh conflict settlement.