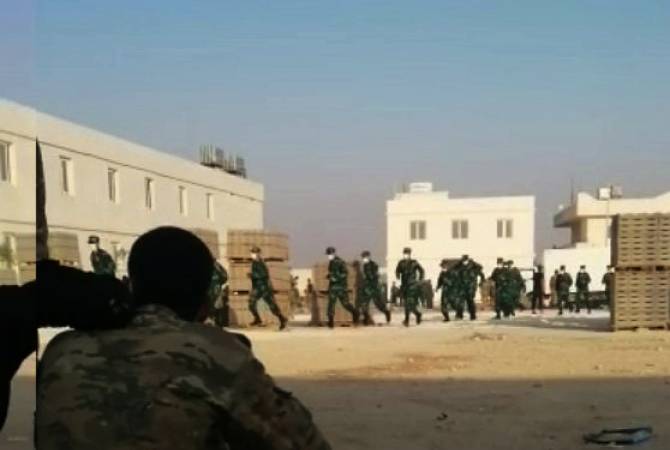 
YEREVAN, OCTOBER 21, ARMENPRESS. France24 television network has published a series of videos once again confirming that Syrian mercenaries from various terrorist organizations are fighting from the Azeri side in the attacks on Artsakh.

Parts of the videos are filmed in the terrorist training camps in Syria, and the others at the Nagorno Karabakh conflict zone.

The videos filmed in Azerbaijan are filmed by the mercenaries themselves who later posted them online.

France24 noted in the article that these mercenaries are taken to Azerbaijan through Turkey.

This video now floating around Telegram claims to show Syrian mercenaries in Azerbaijan and it awfully looks like it. pic.twitter.com/M0kR2QI238