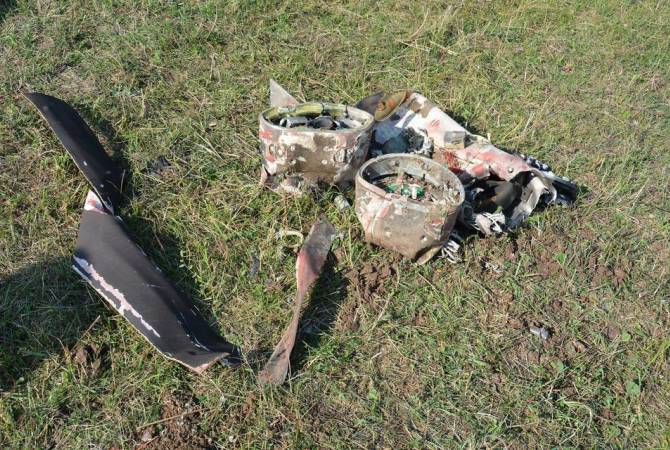 
STEPANAKERT, OCTOBER 20, ARMENPRESS. A missile with an internationally prohibited cluster warhead fired by the Azerbaijani armed forces on civilian settlements of Artsakh has been discovered near Stepanakert City, the capital of Artsakh. More than 260 exploded and unexploded shrapnel bomblets were found.

“The area where the missile was found is of economic significance,” the State Service of Emergency Situations of Artsakh said.  “Residents here make their living by farming, gardening and beekeeping. There is not a single military facility anywhere nearby,” the service said, adding that the bomb squads will dispose the ordnance.

The State Service of Emergency Situations of Artsakh called on citizens of the country to dial 911, 112 or 101 immediately upon noticing bombs, rockets or anything resembling them in gardens, forests or yards, or anywhere else in the country.

Numerous towns and cities of Artsakh were hit by Azeri rocket-artillery strikes since September 27.