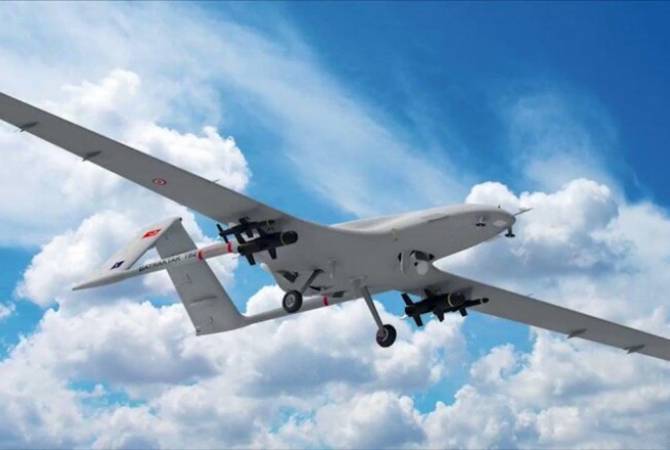 
YEREVAN, OCTOBER 20, ARMENPRESS. The Artsakh Defense Army has shot down around a dozen of the Turkish Bayraktar drones that are used in the Azeri attacks since September 27, Prime Minister of Armenia Nikol Pashinyan said.

“However not one of the downed drones had crashed into territories under Defense Army control. But finally we have remnants of the Bayraktar, which clearly shows that the device was manufactured in September, while the modern optics was produced in Canada in June. Why this is important: Turkey’s direct involvement in the terrorist war and its preparations is being proved with concrete facts. And the countries which supply Turkey with required components for Bayraktars should follow Canada’s lead with this fact and freeze further supplies,” Pashinyan said.

On October 19, the Artsakh Defense Army shot down a Turkish Bayraktar TB2 Tactical drone that was attacking Artsakh.  The device was equipped with a L-3 WESCAM CMX-15D optics produced in June 2020 by Canada’s WESCAM. It was installed on the device in September 2020.

Canada has already suspended exports of the military drone technology to Turkey amid its use against Artsakh.