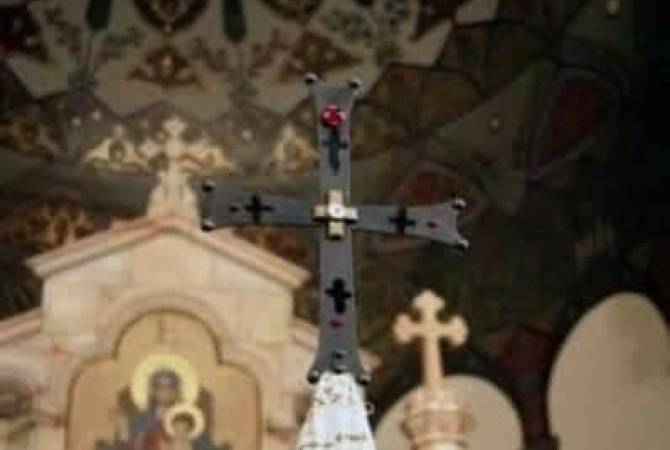 
YEREVAN, OCTOBER 20, ARMENPRESS. The Armenian Church has sent the Cross of King Ashot II Yerkat (the Iron) to Artsakh for a ceremonial blessing for the benefit of peace and victory amid the ongoing invasion attempts by Azerbaijan.

The Cross of King Ashot II the Iron also includes the relics of the True Cross. It was taken to Artsakh at the blessing of Catholicos Garegin II.

In the morning of October 20 Archbishop Pargev Martirosyan, the Prelate of the Diocese of Artsakh of the Armenian Apostolic Church, together with military chaplains, blessed the Armenian army and the Armenian lands with the cross for the benefit of peace and Armenian victory.

King Ashot II the Iron, (reigned from 914–929), fought off many foreign invasions, which earned him the epithet – Yerkat (Iron). His cross symbolizes the might of the Armenian army.