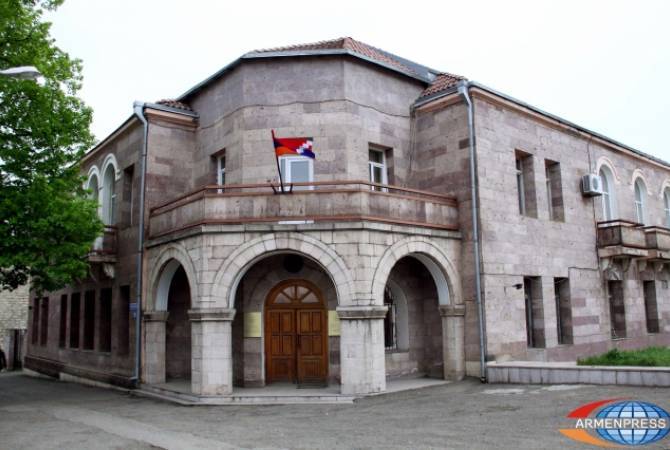 
STEPANAKERT, OCTOBER 18, ARMENPRESS. Artsakh’s Foreign Ministry strongly condemns the gross violation by Azerbaijan of the agreement on humanitarian truce, which entered into force starting from 00:00 hours, on October 18, the ministry said in a statement.

“Ignoring the mediation efforts of the OSCE Minsk Group co-chairing countries, on the night of October 17 to 18, on the very first day of the humanitarian truce, the Azerbaijani-Turkish forces violated the agreement on truce on different parts of the front line three times, which resulted in casualties on both sides. From 00:04 to 02:45 in the northern direction and from 02:20 to 02:45 in the southern direction, the Azerbaijani side fired rockets and artillery shells at the positions of the Defense Army of the Republic of Artsakh. At 07:20 in the morning, after the artillery barrage, the Azerbaijani-Turkish forces attempted an offensive in the southern section of the front, in the direction of the Khudaferin reservoir along the border of the Republic of Artsakh and the Islamic Republic of Iran.

These irresponsible and destructive actions of the Azerbaijani side indicate that both Azerbaijan and Turkey are unable and unwilling to fulfil either their obligations under international conventions, or the agreements on humanitarian truce reached with the mediation of the OSCE Minsk Group co-chairing countries. Once again, Azerbaijan and Turkey have demonstrated that they continue to consider agreements on humanitarian truce, and negotiations in general, exclusively in the context of a military solution of the conflict.

International recognition of the Republic of Artsakh is the only way to stop the Azerbaijani-Turkish perfidious behaviour that undermines the efforts and authority of international mediators. The recognition of the independence of the Republic of Artsakh will put an end to attempts of resolving the Azerbaijan-Karabakh conflict by force and will give the necessary impetus for the effective continuation of international mediation efforts within the framework of the OSCE Minsk Group co-chairmanship.

We reaffirm our commitment, to observe the humanitarian truce on a reciprocal basis, which can become a reality only if Azerbaijan is forced to fulfil its obligations”, the statement says.