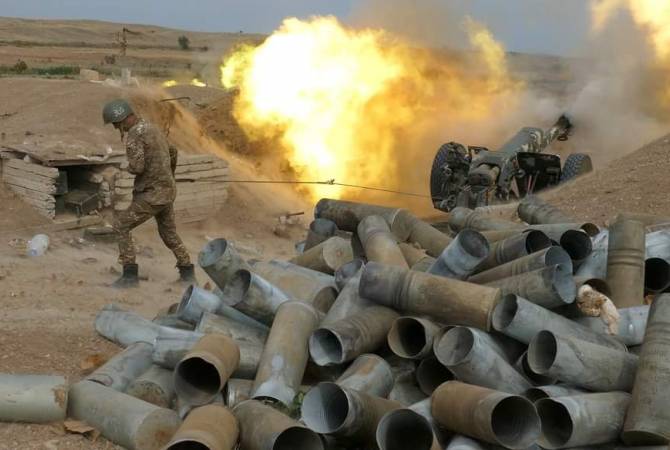 
STEPANAKERT, OCTOBER 18, ARMENPRESS. The Azerbaijani armed forces are again breaching the already second humanitarian ceasefire agreement and have launched an offensive against Artsakh from the southern direction of the front after firing intense artillery strikes. Both sides have casualties, the Artsakh Ministry of Defense said.

“The entire responsibility of the escalation of the frontline situation falls on the Azerbaijani military-political leadership,” the Artsakh Defense Ministry said.

On October 10, Armenia and Azerbaijan agreed a humanitarian truce during talks in Moscow under the mediation of Russia. However, the truce was breached by the Azeri forces minutes after it was supposed to come into force.

The sides again agreed on a humanitarian ceasefire that was supposed to come into force at October 18, 00:00 local time. However, the Azerbaijani forces launched rocket-artillery strikes at Artsakh from 00:04-02:45 in the northern direction and from 02:20-02:45 in the southern direction.