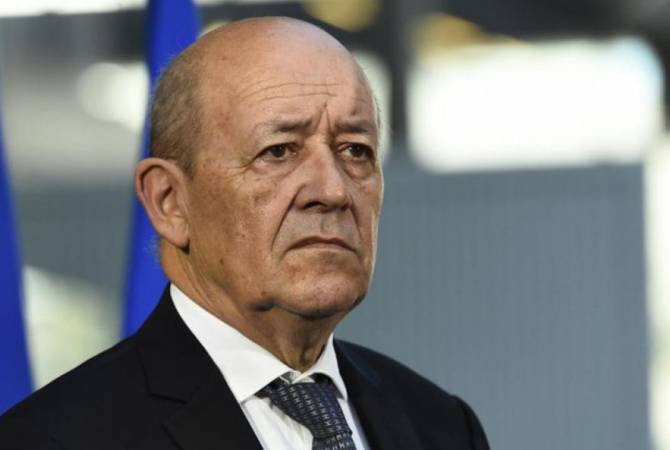 It’s mentioned that the French Foreign Minister condemned the role of Turkey in Nagorno Karabakh conflict where Turkey supports Azerbaijan against ethnic Armenians.

‘’No military victory can take place here and the ceasefire must be implemented. What we can see today is that the only country that does not call for respecting the ceasefire, is Turkey’’, he said.

Azerbaijan unleashed aggression against Artsakh on September 27. It is directly supported by Turkey, which has provided its F-16 fighter jets and Syrian terrorists to Azerbaijan to fight against Armenians.

On October 10 the Armenian and Azerbaijani FMs reached an agreement on humanitarian ceasefire in Moscow under the mediation of Russian FM Sergey Lavrov. However, Azerbaijan started to grossly violate the agreement, including bombing of civilian settlements, just before the agreement would come into effect.

Prime Minister of Armenia Nikol Pashinyan has announced that Azerbaijan will never stop military operations as long as Turkey does not change its expansionist policy in South Caucasus.

11:29, 05.19.2022
2882 views U.S. recognizes role of population of Nagorno-Karabakh in deciding its future–Ambassador Tracy’s interview to ARMENPRESS