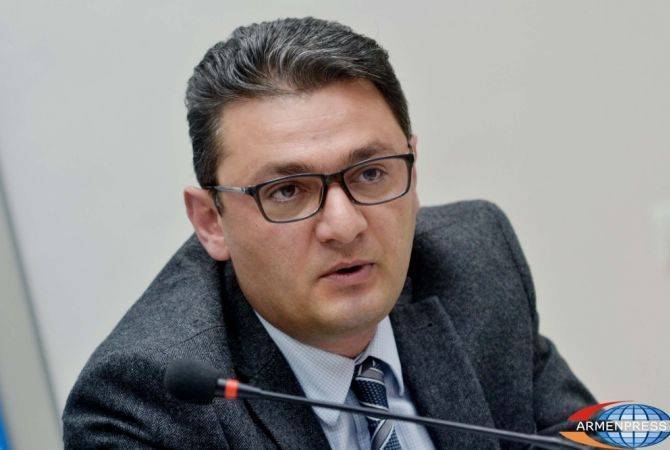 
YEREVAN, OCTOBER 14, ARMENPRESS. Political scientist Narek Galstyan says the targeting of a civilian hospital in Artsakh by the Azerbaijani armed forces is a war crime against humanity.

The political scientist told Armenpress that Azerbaijan is constantly violating the international norms and humanitarian law in this war.

“Azerbaijan is repeatedly violating the international legal norms, the humanitarian law, also during the war. I do not see anything extraordinary in Azerbaijan’s actions, and as Prime Minister Nikol Pashinyan said today, unfortunately, today the international community, which should have observed that agreements, norms, is not giving an adequate response”, he said.

Narek Galstyan added that the actions of Azerbaijan and its supporter Turkey are a challenge of a physical security to the Armenian people.

“This is a vital security issue for us, at this moment it is a challenge by them directed to the physical security, it’s obvious. At this moment both are not only adversaries, but also hostile states which seek at least our defeat. Judging from the style of actions, they are ready to commit also war crimes against humanity and they actually do it”, he said.

On October 14 Azerbaijani armed forces have targeted a hospital in Artsakh where civilian patients are also being treated.