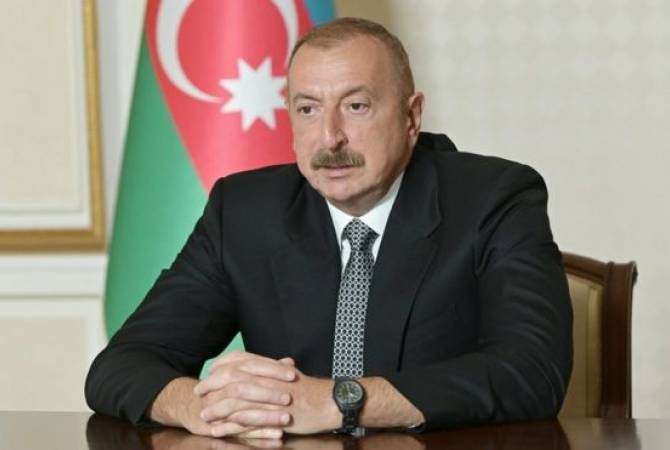 He claimed in an interview with the CNN that the Turkish F-16s were deployed to Azerbaijan for military exercises. He claimed that the fighter jets are “on the ground” and aren’t used.

Aliyev reminded about the joint ten drills with Turkey that took place last year, however why these fighter jets of the Turkish air force remained stationed in Azerbaijan remains unanswered.

Baku was recently strongly denying the presence of the Turkish F-16s on its soil, with his advisor Hikmet Hajiyev attempting to mislead the international community by claiming to The Spectator in an interview that “we don’t have F-16s, neither on the ground nor in the air.”

However, after undeniable evidence from American news media surfaced about the presence of F-16s in Azeri airbases, seems like Aliyev had no other choice but to admit.