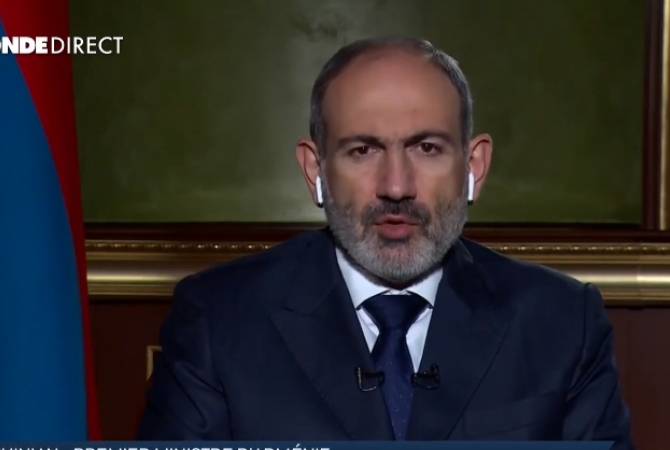 ‘’I want to emphasize the satisfaction of the Armenian people, Armenia and Nagorno Karabakh for the sincere, truth-based positions of the French President. I can say that I expect the French President, France to recognize the independence of Nagorno Karabakh, because today there is no other option to solve the concerns raised by Emmanuel Macron (but the recognition), because this can lead to a huge humanitarian disaster, but also this can spread its terroristic waves in our region in the larger sense. And of course, this is a direct threat to the global security, given the factor and policy of Turkey. My expectation is really that France recognizes the independence of Nagorno Karabakh’’, Pashinyan said.

So far the Armenian side has reported 350 casualties among the military and 21 civilians, Azerbaijan’s manpower losses are nearly 4000, which includes both servicemen from the regular Azerbaijani army and terrorists.

President of Artsakh Arayik Harutyunyan called for an new coalition against international terrorism on October 6.

The Armenian side has reported 350 military casualties and 21 civilians. Azerbaijan’s manpower losses is over 4.000, which includes both regular army servicemen and jihadist terrorists. The Azerbaijani side has also lost 16 helicopters, 17 warplanes, 496 armored vehicle, 153 UAVs and 4 TOS 1 Heavy Flamethrower System.