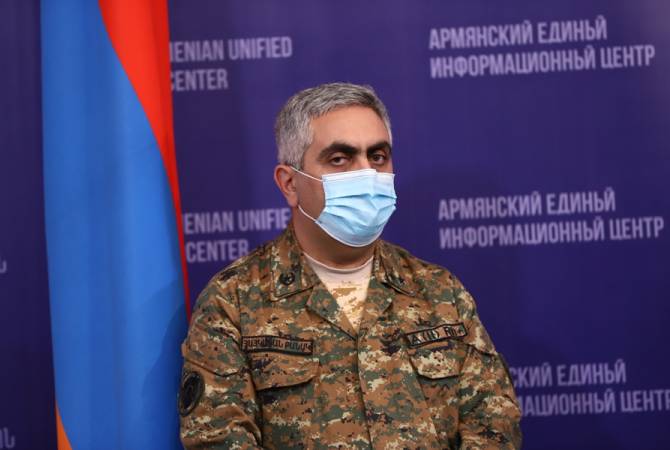 “The adversary launched a massive attack in the southern direction this morning,” he said.

“Artsakh’s troops are waging fierce battles and are repelling the attacking adversary. At the same time, the Azerbaijani armed forces have launched intense missile strikes at Stepanakert City. We are currently making clarifications about the victims.”

However, he said overall the situation was relatively calm during the night, with the exception of some firefights taking place in several sections. He said, however, that the situation escalated early morning October 5.

Hovhannisyan also refuted as disinformation the report by Azerbaijan that claimed the Azeri outposts have been shelled from the territory of Armenia. “That’s disinformation,” he said.

“The video which they’ve attempted to present as evidence doesn’t anyhow confirm anything about the origin of the fire. You can’t say whether or not it’s from the Armenian side, the Artsakhi side, or whether it’s a video from another war at all. Let’s note an interesting and noteworthy thing – very often, the Azerbaijani news media directly or indirectly, in any given way, recognize some regions of Artsakh as parts of Armenia.”