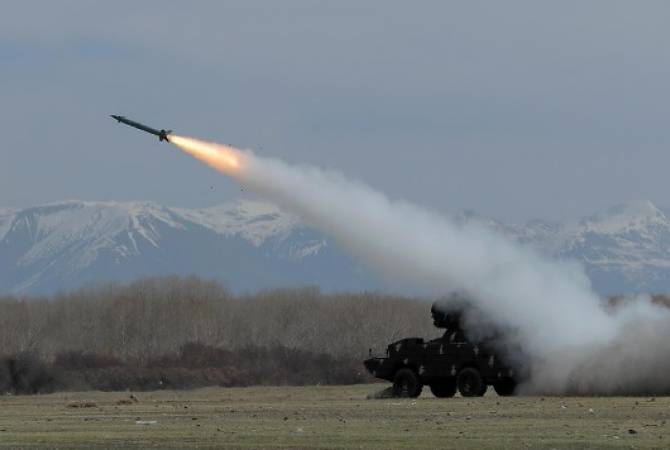 
YEREVAN, OCTOBER 1, ARMENPRESS. The Artsakh Air Defense Forces shot down 2 Azeri attacking warplanes and 1 helicopter in the past 1 hour of October 1 amid the ongoing Turkish-backed Azeri offensive, the defense ministry said.

The ongoing battles have intensified since early morning October 1 amid heavy Azeri bombings of civilian settlements in southern Artsakh, which resulted in two French reporters from Le Monde and one local cameraman being wounded.

The Azeri bombings of civilian settlements since September 27 have so far killed 7 civilians in Artsakh.

15:12 - Artsakh says it shot down one more Azeri military aircraft.