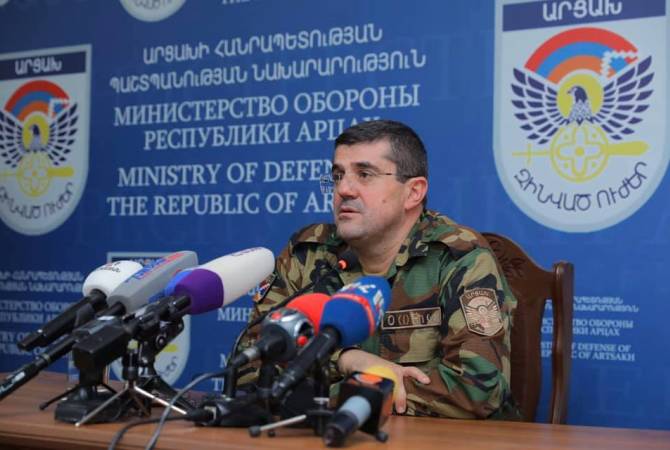 
YEREVAN, SEPTEMBER 30, ARMENPRESS. President of Artsakh Arayik Harutyunyan has expressed his surprise over the Azerbaijani leadership’s human values because the Azeris are displaying total disregard for the hundreds of their own dead troops which they leave behind on the battlefield.

“This is the greatest inhumane and barbaric image that we see,” Harutyunyan said at a news briefing.

He said intense battles continued amid the Azeri attacks. “Both sides have losses, both us and the enemy. Of course, the adversary suffered much more losses, just like during all previous wars,” he said.