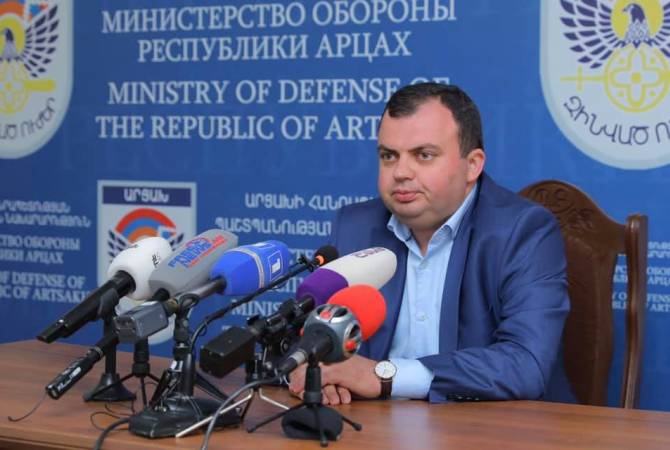 
YEREVAN, SEPTEMBER 30, ARMENPRESS. Intense battles are taking place along the entire perimeter of the Artsakh-Azerbaijan line of contact, especially at the northern and north-eastern directions, spokesperson for the Artsakh Presidency Vahram Poghosyan told a news briefing amid the ongoing Azerbaijani military attack.

“The Artsakh Defense Army is succeeding in intensely thwarting all Azerbaijani attacking operations which are backed by Turkish Armed Forces. All their attacking operations during the night were failures, and at this moment the enemy has very great number of manpower and equipment losses,” Poghosyan said.

As of September 29, the Artsakh military suffered 80 killed servicemen with 120 others being wounded.

4 civilians, including two children, were killed in Artsakh from Azeri bombings.