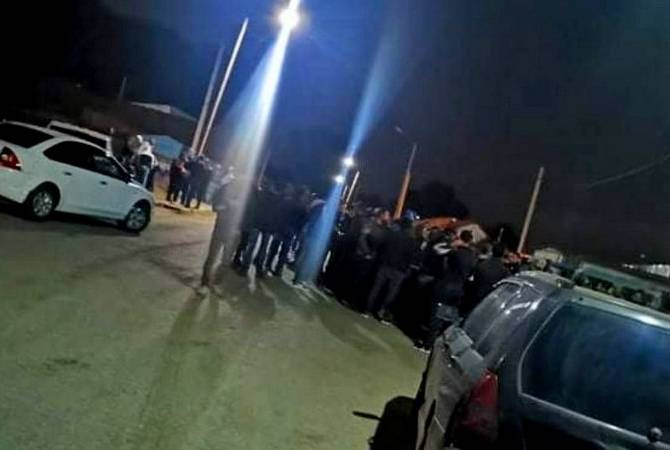 
YEREVAN, SEPTEMBER 29, ARMENPRESS. Armenians of Javakhk have blocked Turkey-Georgia road in Kartsakhi village of Akhalkalaki region, banning the movement of trucks, ARMENPRESS reports Jnews informs, noting that the participants of the initiative say that Turkey supplies Azerbaijan with arms by this road.

According to the news outlet, the tensions in the village have weakened at the moment and the road is nearly open. Member of Georgian parliament of Armenian origin Samvel Manukyan and former MP Samvel Petrosyan are at the scene. Police have also arrived.

‘’Unless the Georgian-Armenian border opens and our assistance reaches to Armenia, Turkish trucks will not enter Azerbaijan’’, the Armenians of Javakhk say.

Armenia has reported 80 casualties among military. 4 civilians, including 2 children, have been killed in Artsakh and 1 civilian in Armenia. A Turkish F-16 fighter jet downed an Armenian SU-25 jet in the Armenian air space on September 29.

Since the start of the fighting 790 Azerbaijani servicemen have been eliminated, 180 of which in Karvachar direction. The Azerbaijani side has 1900 injured, 137 tanks and armored vehicles, 72 UAVs, 7 helicopters and 1 aircraft have been destroyed.

11:29, 05.19.2022
2819 views U.S. recognizes role of population of Nagorno-Karabakh in deciding its future–Ambassador Tracy’s interview to ARMENPRESS