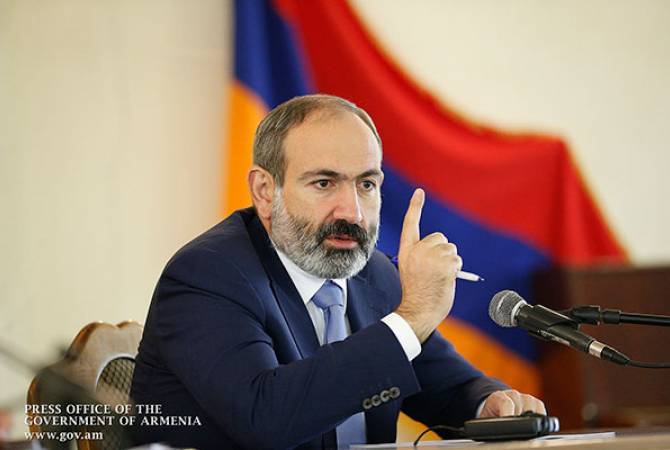 ''Turkey is involved in this process. According to our verified information, Turkish military instructors and high-level officers are now in Azerbaijani command posts and in some cases even control the military operations. There have been numerous reports in international media that Turkey transports and deploys mercenaries from Syria in Azerbaijan for participating in the military operations against Artsakh and the Republic of Armenia. There is information that there have already been clashes between the mercenaries and Azerbaijani locals in some of the Azerbaijani settlements, because the mercenaries try to introduce Sharia law in those villages. They enter shops and force to stop selling alcohol'', Pashinyan said.

Referring to the destruction of an Armenian SU-25 jet by a Turkish F-16 fighter jet, the PM noted that this is another prove of the direct participation of Turkey in the conflict.

''It's obvious that now the Armenians of both Armenia and Artsakh are under Turkish threat. Turkey is seeking an opportunity to expand its involvement in the conflict. They are seeking an opportunity to move their troops to Nakhichevan. We have information that there are already some units of the Turkish army there. Part of the Turkish army has been in Azerbaijan since August, they carried out joint military excersises'', Pashinyan said, adding that during those exercises the military operations against Artsakh and Armenia were planned.

Nikol Pashinyan emphasized that considering that Ottoman Empire carried out the Armenian Genocide in the beginning of the 20th century, the Armenian people view this war as an existential thereat.

''Armenia will use its right to self-defense. The international community should decisively condemn the aggression of Azerbaijan and Turkey, force Turkey to abandon this region, since its presence here can expand the geography of this war in the future. The international community should also force Azerbaijan to stop military operations'', the PM said.

84 servicemen were killed and nearly 120 were wounded in Artsakh from the Azerbaijani attack. 4 civilians, including 2 children have been killed. On September 29 Turkish F-16 fighter jet destroyed Armenian SU-25 jet in the Armenian air space.

According to the latest data, the Azerbaijani side has suffered nearly 400 human losses as a result of its aggression. The Artsakh side has destroyed a total of 6 Azerbaijani attacking helicopters, 50 UAVs, 85 armored equipment including tanks, 82 vehicles and 1 aircraft. On September 29 the Defense Army informed about more losses at the Azerbaijani side, including 11 UAVs and 17 tanks.